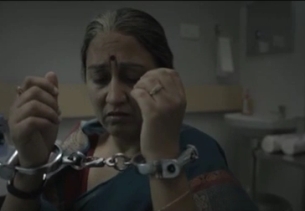 GREY group India has recently created a new television campaign for the 'Beti Bachao’ campaign. This Government of India initiative undertaken by the Ministry of Women & Child Development aims to address the dipping of female gender ratio and empowers the birth of a female child in the country.

Malvika Mehra, Executive Vice President and National Creative Director, GREY group India, said, "The inhuman practice of female foeticide is rampant in our country, in even so called ‘urban homes’. It is shockingly par for the course that if there is even an ‘inkling' of the unborn child being a girl, abortion seems the only ‘normal' way out. In these three films (cutting across different strata in society), we have tried to ‘arrest this heinous thinking' to begin with, where the very ‘matter of fact' approach to killing an unborn girl child is threatened by the fear of strong judicial action. Portrayed via handcuffs in the films. Sometimes nothing works better than a threat."

The commercials depicts three real-life situations of a rural household, a town sonography clinic and an urban dining room, where the idea of foeticide is shown in a very obvious, expected sort-of-way as if nothing is wrong and that conversations of foeticide is very normal and accepted in social practice.

Dheeraj Sinha, Chief Strategy Officer, South & South East Asia, GREY group India, said, “The loathing against the female child has infested our culture. At a larger level, no one will say they are against having girls, after all we worship women as gods. But in small ways we all indulge in behaviors that are against the female child. A mother asking the daughter to fetch water and not the son, men using women in their abuses, mother-in-laws asking for a son of their daughter-in-laws, eunuchs’ blessing for a son and so on. The issue is deeply entrenched and cannot be solved with just one stimulus. Many macro-level statements have been made and they have done no good. We need to chip at the micro-level behaviour for this change to take effect. One possible way is by equating the killing of a foetus with murder. It brings you face to face with the monstrosity of the thought. It underlines the enormity of what’s being handled so casually in our society”.

The first commercial depicting a rural household is set in an average rural backdrop and starts with a bunch of men enjoying their cup of winter morning tea. A phone call breaks the silence and from the conversation its understood that after an illegal sex-determination test, the news of a female child is final. Friends and relatives of the to-be-father, in a very matter-of-fact way, convince him to take his wife to the clinic for an abortion. It goes on to portray the helplessness of the female character in the film. After which it is shown that the person who suggested the idea of foeticide is a criminal as the thought of female foeticide is equivalent to murder and the guilty will be severely punished. The video is powerfully supported with Prime Minister Modi’s speech (“In the want of a boy, don’t sacrifice our daughters. They contribute equally in India’s pride and honour”) and the positive fact about the achievements of women in India - ‘Girls won 27 medals in the 2014, Commonwealth Games for India’.

The second commercial of a sonography clinic shows a mother-in-law trying to coerce the doctor into revealing the gender of her pregnant daughter-in-law’s foetus. Similar to the first film, she is willing to take steps to do away with the child, by any means, if it’s not little “Krishna jee” (Lord Krishna), i.e. a boy.

The third film is the story of an urban couple expecting a baby, having a conversation on the dinner table. Through the conversation we understand how the to-be father is not even willing to think names for a girl child when the wife questions him. He is adamant and forthright, that all he wants and expects is a “Raja beta”. For him, the honour and pride of his family name and his own social respect is derived naturally only from a son.

All three films are treated in cold color tones to bring out the dark subject with the subtle colloquial narrative, a hard-hitting end and a popular Prime Minister’s call for action speech. Hopefully, making a big difference to an even bigger problem.