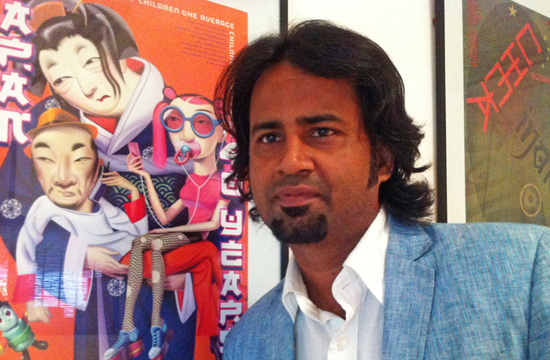 In a move to further boost its creative offerings, Grey Group Sri Lanka has appointed creative veteran, Ambar Prakash as its new Creative Director. Reporting to country head, Rachita Dutta, Prakash will be responsible for the overall quality, development and execution of the agency’s client creative agendas. The appointment is effective immediately.
Prior to joining Grey, the 13-year industry veteran has worked across numerous global creative agencies including Hakuhodo Percept, TBWA/India and DDB Group. During his tenure, he has worked on some of the biggest brands such as Panasonic, Mitsubishi Motors, Yamaha, Henkel, Citigroup, Volkswagen, Schwarzkopf, Future Group and Reliance, just to name a few. Some of his noteworthy campaigns include leading the creative execution for Panasonic’s VIERA launch, WWF’s Earth Hour Campaign in 2010 and 2011, launch campaign for the new brand identity of Crompton Greaves in 2009 and Future Group’s ‘The Great Indian Shopping Festival’. The campaign went on to win ‘Retail Campaign of the Year’ at the Asia Retail Congress Awards, during his stint at DDB Group (then, Mudra Communications).
“Ambar is a seasoned creative whose professional career covers a wide range of brand experience including conceptualizing award-wining brand launches and digital campaigns,” said Rachita Dutta, country head, Grey Group Sri Lanka. “We are very pleased to have him on board and I am confident that his experience and talent will only further boost our creative offerings to our clients,” she continued.
“Grey offers an exciting prospect of working with some of the best brands in the world,” said Prakash. “I am looking forward to working with Rachita and the team to produce famously effective campaigns that will take the agency to the next level.”