Trends and Insight 648 Add to collection

How this network stalwart is making a global name for itself 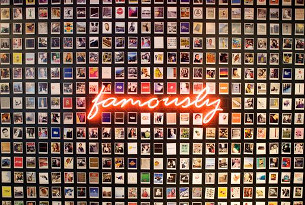 Being a network ad agency in San Francisco is a somewhat niche experience. Historically, the city hasn't really been a hub for global brands - and many of those that were there shuttered after the dotcom crash of the 2000s.

But thanks to the current tech boom, San Francisco is now home to some of the biggest, wealthiest and most innovative companies this planet has ever seen - Google, Facebook, Uber, Airbnb. And these are companies that are born with a  global outlook. The difference is, though, that most of them are younger than you or I - and marketing these types of brands takes a certain type of approach.

Agencies in the Bay Area have always tended to be more boutiquey than those in, say, New York or Chicago - and that extends to the big networks that have offices there.

Grey, which was just announced as North American agency network of the year by Cannes Lions, is almost 100 years' old. It's one of the original Madison Avenue stalwarts. One of the most impactful and important ad agencies ever.

Its San Francisco office, however, is making a name for itself as one of the most innovative – on a global scale. 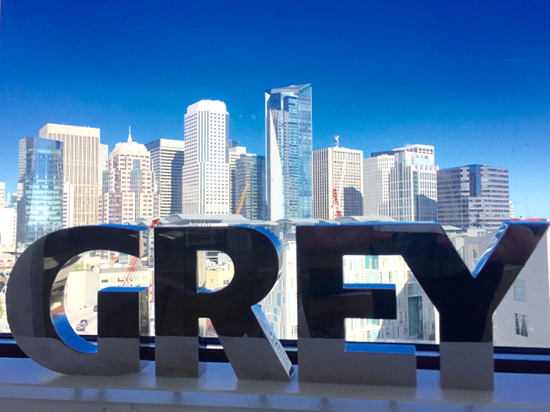 "We believe that creating advertising that both penetrates culture and drives business in today's fragmented media landscape requires a shift in mindset; from competing for attention with one-way communication, to delivering brand actions that people seek out and share," comments Grey San Francisco SVP, Director of Insights and Investments Ryan Miller. "Merely asserting a brand's message upon a passive target audience is no longer a fruitful path to fame or fortune."

According to Milan Martin, President of the San Francisco office, the types of brands in the area alters the way agencies have to approach marketing for their clients. "Typically heavy ad spending is a result of companies facing head-to-head competition in a category. But many of the companies in the Bay Area have created the categories in which they play. And when there is competition, it isn't always a direct competitor," he says.

Martin also notes that the agency has observed that Bay Area brands have a more pronounced appetite for innovative ideas that convey the brand’s story in ways that don’t show-up as ‘advertising’. Miller adds: "Today's media pro needs to embrace the notion that simply searching for the best galleries in which to hang the art of advertising is a fool's errand. In order to break through today, we need to reimagine what the 'gallery' is, what the 'art is, and what it can all become."

And while new technologies and platforms can help brand and agencies create new experiences for customers, the team at Grey don't believe that innovative media ideas have to be restricted to tech. In 2014, just before the holiday season, the agency utilised a pair of jeans to demonstrate how their client Norton keeps its customers' information safe from would-be hackers.

"We decided that rather than simply telling the world that Norton's software makes computers safer, we used our campaign as an opportunity to actually protect the world from a new threat: digital pickpocketing," says Miller.

Grey identified a dramatic rise in the number of people whose sensitive financial data was being stolen from credit cards by hackers using radio frequency identification (RFID) scanners in busy retail locations - so they did something about it. Miller adds: "We created an original line of clothing called Norton Lifeware. This line of jeans and blazers protected RFID enabled credit cards, passports and cellphones with RFID-proof pockets."

"That's just one example of how advertising can become an experience that delivers tangible value, in and of itself, and generates its own momentum across a rocky media landscape," Miller surmises.

It’s also a great example of the opportunities and challenges technology presents – not to mention the importance of brutal simplicity and creative thinking. In its San Francisco home, Grey has found a way of bringing together the sharp thinking of the best of old school adland and the nimbleness of the agencies of the future.

From Runner to Boss
View all News