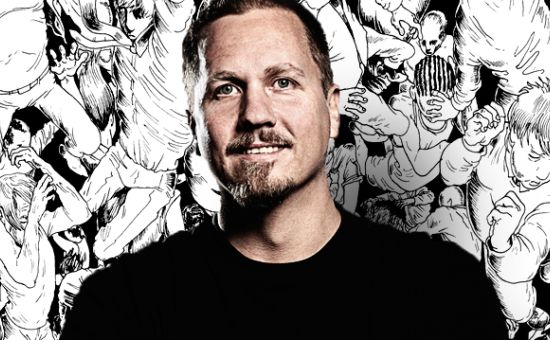 Music and sound can make or break an ad. No matter how striking, pretty or innovative your visuals are, so often it’s the sounds of a spot that stick with a viewer. An on point musical selection has the power to become forever synonymous with a brand. Despite its importance, though, music and sound is too often left until the very end of the production process, with little to no time remaining in which to do a job justice. Francois Boshoff, Grey South Africa Executive Creative Director and International Music & Sound Awards judge, chatted with LBB’s Addison Capper about music and sound’s critical importance, why young creatives shouldn’t be intimidated by it, and his favourite uses in commercials.

LBB> As an ECD, just how important is music and sound to the advertising that you create?

FB> It’s critical. We should be paying as much attention to the music and sound that we use in our productions as we do to our visuals. A lot of brands (and perhaps creatives alike) are still coming around to realising the full potential of audio. Think of any successful brand and you’ll hear their signature sound go off in the back of your head… you might not even remember the visuals – or the particular ad for that matter – but that sound (and how it makes you feel) has embedded itself deep within your sub consciousness.

LBB> In advertising, visuals are quite easy to articulate and describe, whereas music can be quite tricky to get your head around. What advice would you give to young creatives to help them make the most of music and sound’s potential?

FB> Don’t be intimidated by it or think of it as a separate, foreign entity to get to grips with. Have fun with it. You’ve had a lifetime of experience on how sound affects our emotional state. Think of the movies (or programs, or commercials for that matter) that left an impression on you as a kid. Chances are you can assign a very specific sound or piece of music to most of them. John Williams’ iconic Jaws score traumatised an entire generation of beachgoers. We didn’t have to see the shark – we heard it.

LBB> What is your favourite example of music in a commercial?

FB> Going back a bit here, and this is from an exclusively South African point of view, it’s IBM’s iconic ‘Elephants’ commercial. It features – you guessed it – two elephants, walking through miles of unforgiving sand dunes set to ‘He ain’t heavy, he’s my brother’ by The Hollies.

LBB> And how about sound design?

LBB> You’re on the jury for this year’s International Music & Sound Awards. What were you hoping to see from the entries?

FB> Balance and disorder. In almost every successful marriage of visuals and sound I’ve experienced, there’s a kind of (often isolated) ‘eureka’ moment… that peak (or break) in the piece, where what you’re hearing changes your whole experience; where it all makes sense on a much deeper level. Having said that, I love being surprised with a sound or a piece of music that at first seems completely wrong or to be clashing with what I’m seeing – only to later love the brand for their bravery and willingness to embrace something new, something different. It goes without saying that this can also go horribly wrong…

LBB> Why was it important for you to get involved in the show?

FB> Sound is one of the most powerful tools we as advertisers have at our disposal to evoke emotion, yet it’s probably one of our most underutilised. I think a lot of us know this and even understand it… but for some reason never really act on it. Shows like this remind us of the potential that audio has to evoke emotion, and commit that emotion to memory. Link that to a brand or a product and you’re looking at the Holy Grail of advertising.

FB> Choosing the right piece of music and the level of craft and consideration that goes into your sound design can make or break your film – no matter how visually beautiful it is. There has never been more urgency for brands to stand out in our ever-increasingly visual world... and music and sound can do just that.

Find out more about this year's International Music and Sound Awards here.