Editors' Choice: The hilarious film celebrates the phenomenon of the halftime #BathroomBreak 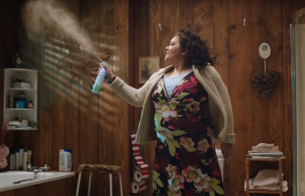 Febreze, an Official Sponsor of the NFL, has unveiled its first-ever Super Bowl ad, "America's Halftime Bathroom Break."  Created by Grey New York, the spot is voiced-over by actress Kathryn Hahn and provides a humorous look at the always-anticipated Halftime #BathroomBreak - the phenomenon that occurs as millions of football and ad-loving fans rush to the bathroom in the minutes between the halftime whistle and the halftime show.  The 30-second spot will air in the second quarter of Super Bowl LI.

The brand also produced a longer-form film that depicts the unifying moment we encounter in both anticipation and celebration of the Halftime Bathroom Break on game day.  It tells the full Halftime #BathroomBreak story, and is based on a consumer-behavior driven insight that when the whistle blows, the Halftime Bathroom Break ensues.  In fact, more toilets are flushed between the second and third quarter of the Super Bowl than at any other time during the year.

You can check out the full film below:

The ad is conveniently timed to air just prior to America's mad dash to the can at halftime.  It is an extension of Febreze's brand new "Odor Odes" marketing campaign, also voice-over by Kathryn Hahn, which is centered on how the things we love the most, can also stink.

And you can check out the shorter 30-second spot below: 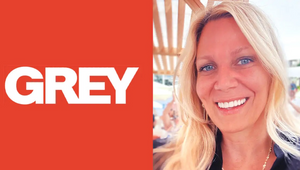 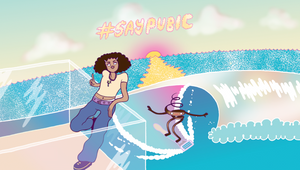