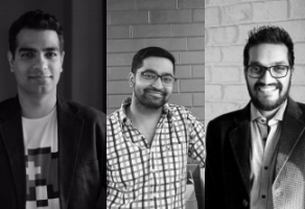 Goswami joins Grey New Delhi from Cheil India where he was the Senior Creative Director and responsible for the Samsung account.

With 12 years of experience in communications and advertising, Goswami has worked in several agencies including JWT, Lowe and BBDO India. He has handled a number of blue-chip clients such as PepsiCo, Aviva, Hindustan Times, Honda, Nestle, Micromax, and Samsung. Goswami’s creative work has consistently received recognition across national and international award festivals including Spikes Asia, BAFTA, Abby Awards, Effie, INDY, and has won Delhi’s only Gold at the Mirchi Kaan Awards 2013.

Goswami said, “This year, Grey’s outstanding showing at Cannes proves they are a global creative powerhouse. To play an integral part of this movement, under the leadership of someone like Sandipan, is an opportunity I would not want to miss.”

To further strengthen Gosawmi’s creative team, the agency has appointed two new Senior Creative Directors, Gautam Bhasin and Piyush Jain. Both bring a wealth of talent and experience with them. Bhasin moves from Lowe and has worked on brands such as Policybazaar, Dabur, 7Up, HP, Maaza and Thums Up, while Jain has made a big impact on a variety of accounts including Sprite, Vodafone, Kamasutra, Honda, GSK, Delhi Daredevils and Samsung. They will both report to Goswami.

Sandipan Bhattacharyya, Chief Creative Officer, GREY group India said, "Varun is a creative who is remarkably future-facing. With this stellar team on board, I am confident we will accelerate growth at a pace that is in line with Grey network’s strong global standing.”

Samir Datar, Vice President & Office Head said, “Varun joins the Delhi office when we are on a growth trajectory. His solid creative experience will be a great addition to the team. I look forward to working closely with him and taking the Grey Delhi team to greater heights."