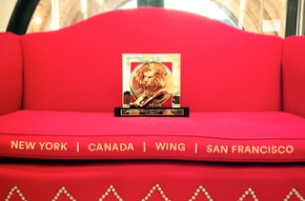 The Cannes Lions International Festival of Creativity has named Grey its 2015 North American Network of the Year.  The award honors the agency with the highest score for entries in all creative categories in each region.

Nearly 50 percent of all these Lions were Gold, Grand Prix or Black.

Tor Myhren, Worldwide Chief Creative Officer, said, “This honor is a first in the history of Grey and is a testament to how ‘Famously Effective’ our creative product has become.”

Grey won 113 Cannes Lions in 2015, including four Grand Prix, in 20 categories across 18 countries, an all-time record performance.  Grey was ranked as the number 3 network in the world and Grey New York was ranked the number 2 agency in the world.