The two will report to Adam Kahn, who was appointed CCO of the agency in February 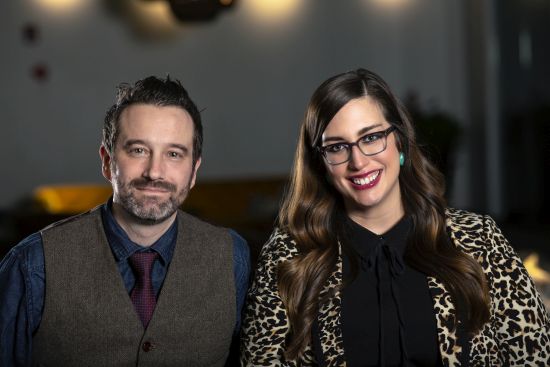 Adam Kahn said: "These well-deserved promotions for Margaret and Ray underscore the deep creative bench we possess, with expertise in traditional advertising, digital, data and commerce, providing the best solutions for our clients."

Margaret Russo has spent more than a decade at Grey Midwest and will oversee multiple Procter & Gamble brands as group creative director. Her award-winning work for Febreze has been recognised by the Cannes Lions, Effie, Webby and Addy Awards. Her social media campaigns have delivered sales, exposure and relevancy across multiple platforms, garnering her a coveted Facebook Thought Leadership Award for Creative Excellence.

Russo is a longtime proponent of workplace equality and female leadership, partnering with such groups as Women in Digital and the 3% Conference.

Ray Elfers has been with Grey Midwest since 2010. As an award-winning art director, he has created campaigns across both traditional and non-traditional channels. His work on P&G has included brand marketing efforts for Febreze, the Olympics, Downy Unstopables and Gillette. Most recently, he has lent his creativity to the establishment of Grey Midwest's commerce discipline.  The offering combines the science of data with the art of advertising to differentiate clients' brands from their competitors.

A big supporter of Cincinnati's local creative community, Elfers has worked with the American Advertising Federation (AAF), Addy Awards, the Brandemonium conference and with creative start-ups via the Brandery.