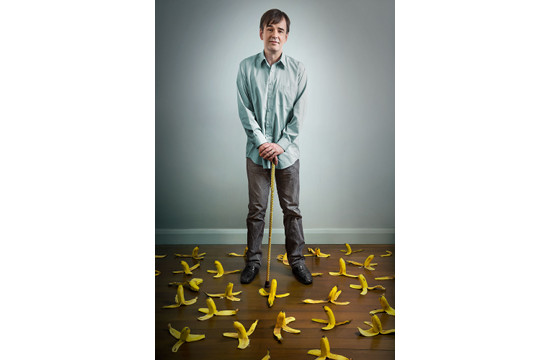 Grey Melbourne has collaborated with Infinity Squared, Limehouse Creative and some of Australia’s best photographers to launch Seeing MS, a collection of photographic interpretations of the invisible symptoms of multiple sclerosis.

Jan Staunton, Group Manager, Marketing and Communications of MS, said, “We asked Grey to help us build awareness of the symptoms of multiple sclerosis. They came back with an idea we believe will help overcome some of the key challenges facing the community's perception of this disease. Ultimately this will translate into financial support of people living with multiple sclerosis.”

Many of the symptoms of multiple sclerosis are invisible to the outside world and therefore they are easily dismissed or ignored by the community at large. This campaign exposes those symptoms.

Michael Knox, Executive Creative Director, at Grey, said, "It's been a privilege to work closely with those living with MS and with a group of generous world class creative collaborators. Together, we hope we've created something that pushes multiple sclerosis and it's hideous symptoms into the limelight. Something that starts a new conversation and takes us closer to understanding MS."

The photographs have become the print and outdoor campaign and each individual story is its own television commercial. Dave Jansen, Managing Partner/EP at Infinity Squared said, “It's an honour to be involved in such a meaningful project that puts such an important issue in the forefront of people’s minds.”

The personal descriptions of these debilitating symptoms also lead to the development of nine photographic filters available via the Seeing MS app.

Duncan Harriss, Partner, Limehouse Creative, who retouched some of the images and developed the filters for the app, said, “It was a pleasure to be able to use our skills in a different way to how we would normally. Usually we create the hyper-real, here we helped those living with MS express something that is actually real, but generally goes unseen.”

The app allows users to create their own photographic interpretations of the symptoms. Since its launch at the end of last week, users from all around the globe have uploaded and viewed images. The best images will be part of a photography exhibition and auction to be held at the end of April.

Check out the site at: http://www.seeingms.com/