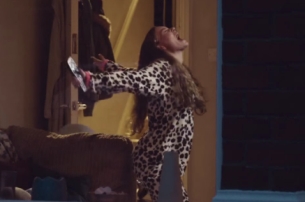 Britain is a nation of proud telly lovers. Whether it’s debating the latest culinary mishap in The Great British Bakeoff, arguing over who to vote for in The X Factor or speculating over who shot who on Albert Square, TV has been setting the agenda for the nation’s conversations for the best part of a century.

Creative agency Grey London – part of WPP’s Team News – celebrates The Sun’s TV offering in its latest campaign: The Sun Always Shines on TV. Fittingly, it broke this weekend during one of the year’s biggest TV moments: the opening show of this year’s X Factor.

Narrated by A-ha’s 1985 hit of the same name, the campaign heroes some of the funny and familiar rituals Britain’s great telly worshippers go through while watching their favourite shows:

-The mad scramble to find the remote (invariably behind the sofa cushions);

-The ‘get out of the way!’ urgency when dad wanders in front of the TV;

The 30’/60’ film ends with the line The Sun: Making telly even better. The campaign runs through September and also comprises 10’ ads promoting The Sun’s distinct TV titles. It was created by Rob Greaves and Sam Daly and creatively directed by Dave Monk.