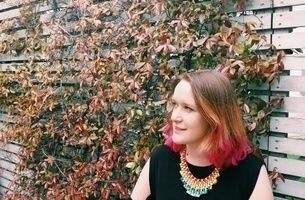 Panellitis. You may not have heard of it, but you’ve certainly seen the symptoms. A rash of superfluous panels, some inflamed egos, elevated temperatures, and occasional bouts of delirium as mid-level ad people looking to build their career coalesce to hack up buzzwords at each other. Sound familiar? It must do, because there’s a lot of it about. It’s a largely harmless phenomenon (if achingly dull) when quarantined to subjects like ‘Big Data’, although the sheer scale of the epidemic makes it difficult to find the worthwhile talks and panel discussions. But when it comes to the topic of diversity, I fear panellitis become pretty toxic.
Not that diversity isn’t something worth talking about. It very much is. It’s a big issue and the advertising industry needs to sort its shit out. And good, quality events can help make sure an issue doesn’t disappear from the agenda and can influence how people run their business. When a group of smart, insightful people gather together to share interesting perspectives, lived experiences, challenges and solutions, there can be real value. But – as is more often the case – vapid, virtue-signalling blowhards simultaneously wringing their hands and self-congratulating on stage achieves nothing. Worse, when the dreck reaches a critical mass, it creates the illusion that things are changing and fosters self-satisfied complacency.
So, well done Grey London, for getting off their collective butts and choosing to ditch the waffle and instead take real, tangible action. A lot of action.
The headline-grabbing news is that they’ve rebranded the agency to Valenstein & Fatt for 100 days, in honour of the network’s two founders, who felt they needed to keep their Jewish names away from their branding in order to make their business work. A reminder that, 100 years after the agency launched, the industry may not have made as much progress as it likes to think.
But in parallel to that, they’ve also announced some pretty substantial measures to demolish barriers to entry in 2017. They’ve published their agency census, baring all about their own make up. They’re reaching out to 100 schools to reach kids beyond the nepotistic social networks, kids who don’t even know that a career in creativity is an option. They’re bringing together a cross-industry taskforce to agree on targets and initiatives for the whole ad industry. And, in a move that is particularly astute in an industry that feeds off unpaid internships, they’ve announced a bursary fund to cover the rent of two new recruits from ethnic minority and disadvantaged backgrounds – who also need to be from outside of Greater London to qualify. The potent combination of dizzying housing costs and miserly salaries are probably the two most prevalent components of bias and prejudice when it comes to keeping the industry so samey.
The agency, under the guidance of Vicki Maguire and Leo Rayman, has stuck its hands in its pockets and made a proper commitment.
And they didn’t feel the need to announce it at a fucking panel.
More please.
view more - Trends and Insight 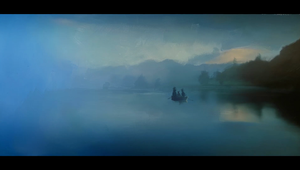