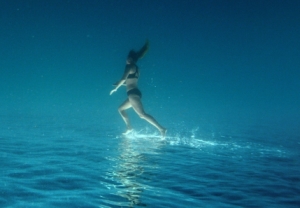 Find your Amazing, which launched over Christmas and the New Year, is the theme of Kuoni’s biggest ever turn of year campaign.

The marketing campaign is a change of direction for Kuoni and is intended to assert the company’s position as a premium holiday brand.

A new television advert is at the heart of the campaign, which was filmed in the Maldives last month.  It features synchronised swimmer Lenka Tanner seemingly 'running' on water, with an ethereal soundtrack and a simple message: no two holidays are the same – Kuoni, find your amazing.

As well as appearing on television, the campaign will also run across digital, video on demand, print, social media and in all Kuoni’s stores throughout the UK.

Kuoni has worked with Grey London to develop the integrated campaign, one of the top creative agencies in the UK, with clients including Volvo, Vodafone and News UK.

Derek Jones said: “This is real evolution of the Kuoni brand and it looks very different from anything we’ve done before.  It’s designed to look and feel quality and clearly position us as a premium brand.   Our whole strategy is very much about personalisation, having the right conversation with customers and spending time to get to know them to create their idea of an amazing holiday.”

Colourist Paul Harrison comments: “Serenity; that’s my overwhelming impression of being underwater. Marcus and I have tried to capture the majesty and beauty of the ocean, the subtle play of the sun’s rays shimmering through the water before disappearing into darkness. Drawing on my scuba diving and underwater photography experience helped me give the images an authenticity which I think helps to invoke a feeling of calmness in the viewer. This was a great job for me to grade as I love the ocean, I have really tried to show what it’s like to be there.”

At the same time Kuoni is investing in its digital presence. The Kuoni.co.uk website has been redesigned and now has a fully responsive design, so it morphs to fit mobile, tablet and laptop.

Derek Jones added: “More than 50 per cent of our web traffic is now from mobile, so our responsive site is a brilliant step forward and makes us much more effective and relevant in the online space.”

As well as a new online design which mirrors the campaign, there are new call to action buttons on the website with call us, meet us, ask us steering people to take their search a step further either by webchat, call or visiting a store.

Press ads and inserts will appear in The Times, the Daily Telegraph, the Week, Conde Nast Traveller, Sunday Times Travel Magazine, Mail on Sunday’s You magazine and Brides.