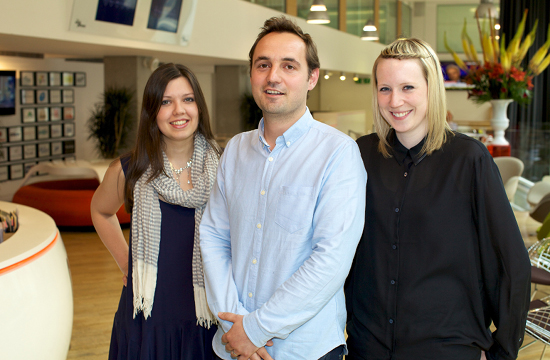 In a continuation of last year’s impressive hirings, Grey London has appointed three senior planners. Matt Tanter, Jo Hudson and Ruth Chadwick have joined from Glue, Fallon and Crispin Porter + Bogusky respectively and will work on a range of clients including Duracell, Vodafone and GSK. They will report to Leo Rayman, Grey London’s head of planning.

The appointments follow a strong first half in which the agency recorded significant new business wins, including HSBC and Gillette. They also form part of a strategic shift from account management resource towards planning and creative, which has seen the planning department nearly double in size since last summer.

Matt joins Grey London as Planning Director on Lucozade and to run projects with Grey Possible, the agency’s digital JV.  He comes from Glue where he spent four years leading digital and integrated strategy for Three Mobile, News International, The Guardian - establishing their Open brand positioning and Kellogg’s, working on everything from Coco Pops to All Bran. Prior to Glue, Matt worked at Leagas Delaney and Proximity London where a five year stint included working with brands such as Sainsbury's and VW.

Having started her career at Grey in account management, Jo returns as a senior planner on GSK/Sensodyne from Fallon, where she spent seven years working across a range of sectors, from fashion brands to toilet tissue.  During this time, Jo was awarded by the APG for French Connection, as well as being credited on multiple creative awards for her work with Sony, the BBC and Cadbury. Prior to Fallon she was a planner at JWT, working primarily with Unilever on the Persil 'Dirt is Good' campaign, and before that at Lowe on Johnson & Johnson.

Ruth was most recently at Crispin Porter Bogusky where she worked on Paddy Power, Milka chocolate and Diesel Timeframes. The move to Grey London sees her reunited with Lucozade team Account Director, Jon Lawton and Creative Director, Darren Wright with whom she worked at Wieden+Kennedy. She was also at DDB London with Leo and Lucy Jameson, Grey’s Chief Strategy Officer. Ruth will be a senior planner on key accounts including Vodafone and British Heart Foundation.

Leo Rayman, Head of Planning Grey London, said: "We’ve hired these three because they’re hungry and have a track record of delivering brilliant work. We’re building the best planning department in London. If there are any planners out there that think they’re as good as or better than this lot and have the rigour, flair and ambition to join us, call me.”