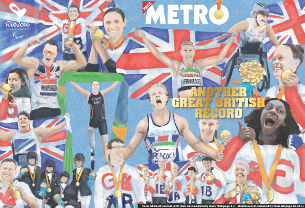 At the Rio Olympics this summer, the UK's Paralympic athletes were hailed as finally having secured parity with their Olympic counterparts. Team GB finished second in both medal tables, with 67 Olympic medals and 147 Paralympic medals.

However, some sections of the British press didn't offer an equal amount of coverage. Take, for example, the cover of London's Metro newspaper on the day the Olympians returned home compared to the return of the Paralympians: 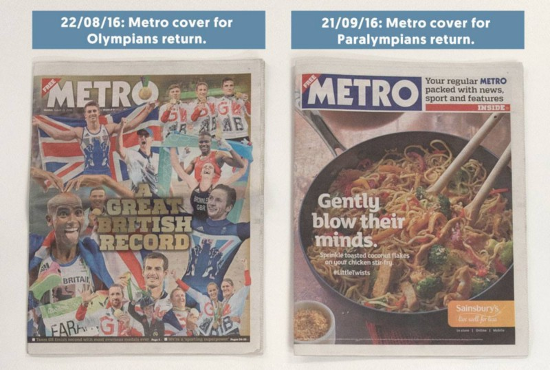 So, not quite parity then. Fortunately, two creatives from Grey London, Cullen Farleigh and Ola Soyemi, have mocked up this superb alternative cover to the same newspaper, giving Britain's Paralympians the glory they deserve: 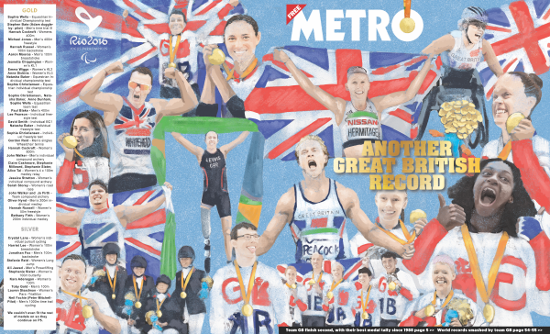 You can download a larger version of the alternative cover here.