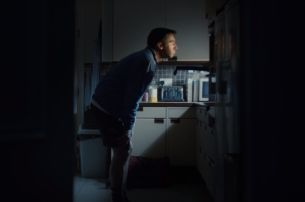 This summer, Grey London re-launches the nation’s favourite cheese brand, Cathedral City. The fully integrated brand re-launch from Dairy Crest, which carries the tag-line ‘Love Cheese? Welcome to the Club’, talks to some of the nation’s most notable cheese consumption habits. From watching bubbling cheese melt under the grill to eating the last bit of cheese too awkward to grate, each scene highlights the unspoken ‘Rules of Cheese’ Britain's cheese-lovers follow.

As well as TV, pre-rolls, VOD, digital OOH and a Facebook app, the re-launch includes a roll-out of a new packaging design across the full Cathedral City portfolio, harmonising the product family under one unified master brand look.

The light hearted TVC shows the relatable habits that Britain, as a nation of cheese aficionados, do instinctively. The work shows a series of vignettes which bring to life everyday cheese habits.

The ‘Rules of Cheese’, told by national treasure David Jason, shine a light on those unspoken about but ubiquitous cheese habits that everyone has – whether they realise it or not. From picking at the crispy corner of a lasagne before you serve dinner to the family to returning (repeatedly) to the cheese board at a party, these habits should be followed unapologetically.

Partnering with food psychologist, Dr Christy Fergusson, to analyse the personality traits of cheese-lovers, The Social Partners of Grey London have also developed an innovative Facebook app which will allow consumers to discover how deep their love of cheese runs by bringing the ‘Rules of Cheese’ to life. The app will also generate your very own cheese on toast selfie, embedding your Facebook profile picture straight onto a deliciously gooey piece of cheese on toast.

Neil McGuirk and Darren O’Beirne, Creative Directors said: “Cheese is a bit like chocolate. It’s one of those foods that has a power over us and demands its own ritual. But no brand has ever really spoken about it. As the Nation’s Favourite cheese, Cathedral City has the right to start the conversation. So this campaign lays down the rules of cheese once and for all. National treasure, David Jason narrates the quirky relationship we all have with cheese, and suggests we’re part of a bigger club, even though we never knew it.”

Will Hemmings, Head of Marketing adds: “We are proud and excited to be supporting our brand re-launch with a fresh through-the-line campaign that really resonates with cheese lovers in a light-hearted, interactive way. As branded cheese category leader, we are in the perfect position to champion the nation’s collective love of cheese, and what better way to do it than by celebrating those cheese habits so many of us share?”

The campaign will also be carried across shopper media in the major multiple grocers from June, and supported through a PR campaign and a refreshed website.