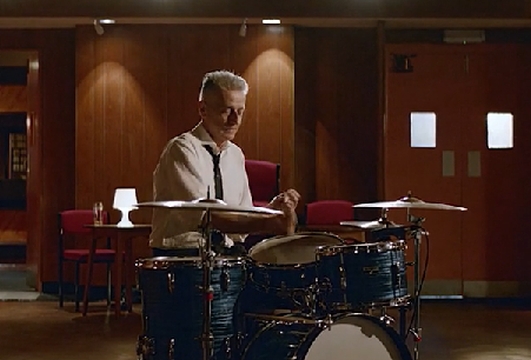 Greene King has been brewing fine quality ales since 1799, and after more than 200 years, the business of making beer becomes an intuitive craft.

To dramatise this and promote the IPA brand, it has collaborated with legendary improvisational percussionist Steve Noble, AKA King Snare.

Noble is undisputed drumming royalty on the alternative Jazz scene.

In a two-minute film created by Grey London, Noble performs a mesmerizing, unrehearsed freestyle drum solo; every single one of the beats fine-tuned in hundreds of late night jazz clubs over the past 50 years.

Shot by up-and-coming young British Director George Belfield, it was filmed in a single take, without any sheet music and features Noble’s 40-year-old drum kit which has travelled around the world with him.

"There comes a point when you don’t so much play the drums, you feel them. Like any craft that has been perfected over a long time, it’s instinctive, simple and totally unique. It’s not something you can easily teach or replicate.” claims Noble, who studied under Nigerian master-drummer Elkan Ogunde.

“When you see, hear or taste something really special, you can sense the pain, hardship and toil that have helped create that perfect moment.” added Nils Leonard, Chairman & Chief Creative Officer of Grey London.