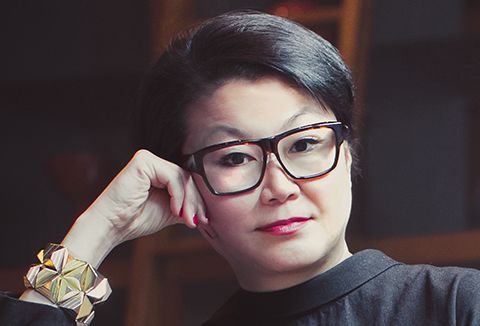 Pak will join Suthisak Sucharittanonta, BBDO Bangkok Chairman and Chief Creative Officer, as the first Executive Judges to be announced for AD STARS 2017, which runs from 24th to 26th August in Busan, South Korea.

Pak is a multi-talented creative leader, who was part of the original global team behind the highly recognised Dove campaign for Real Beauty.

Before embarking on a career in advertising, she was an award-winning architect, and her holistic approach to creativity has helped transform some of the most loved and trusted brands. She joined Grey Group in March 2017 from Havas Canada, where she was CEO and Chief Creative Officer.

“I’m excited to be attending AD STARS for the first time this year. I have heard great things about AD STARS and admire the organisation’s commitment to being a festival that is free to enter, and open to everyone – I’m looking forward to being part of the jury in August,” says Pak.

AD STARS is inviting agencies, creatives, production companies, students and advertising enthusiasts from all over the world to submit their entries to the 10th annual AD STARS Awards before 15th May 2017.

With more than 20,000 entries anticipated in 2017 from over 70 countries, AD STARS is the biggest advertising awards show in Asia and the only festival with a US$10,000 cash prize for Grand Prix of the Year winners.