Shabaz joins Innocean Worldwide's Jeremy Craigen, who was the first Executive Juror to be announced earlier this month 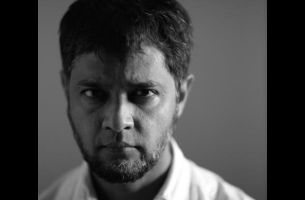 Shabaz will travel to Busan, South Korea, a few days prior to AD STARS 2016, which runs from 25th to 27th of August. Together with his fellow Executive Jurors, he will vote on his favourite entries and debate this year’s Grand Prix, Gold, Silver and Bronze winners across 18 categories.

“It’s a true honour to be joining the Executive Jury of Asia’s fastest growing advertising awards festival. AD STARS is a relatively new festival in comparison to some of the more established shows, but I love the way it champions creativity not just in Asia but globally,” says Shabaz, who was promoted to the role of CCO of Grey Group Southeast Asia in January 2016 from his previous role as CCO of Grey Group Singapore.

AD STARS has a tiered judging system, which is designed to ensure only the best ideas rise to the top. Initially, a global panel of jurors is tasked with voting on all entries submitted to remotely determine shortlists for each category. In August, the Executive Jury will then fly to Busan to assess this shortlist and select Gold, Silver, Bronze and Grand Prix winners.

The deadline to enter the AD STARS Awards 2016 is 31st May. Submit your entries here.

Shabaz joins Jeremy Craigen, Global Chief Creative Officer at Innocean Worldwide, who was the first Executive Juror to be announced earlier this month.