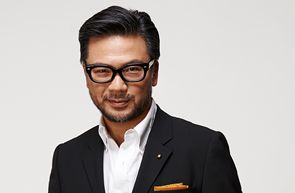 Grey Group Singapore has announced the appointment of Tim Cheng as Chief Creative Officer. He will report to Subbaraju Alluri, Area Director and CEO, Singapore & Thailand. A strategic thinker and inspiring leader, he will set the creative direction and vision, and accelerate the digital transformation of the agency.

Tim is a highly-regarded veteran of the industry with over 20 years of experience. He joins Grey Group Singapore from DDB China Group/Tribal Worldwide China, where he was the Chief Creative Officer for the last four years. Tasked with transforming the network’s creative process following a global realignment initiative, Tim restructured the creative teams, attracted fresh talent, and upgraded the digital capabilities substantially, winning new blue chip accounts including Hennessy, Qualcomm, Pepsi China, and Fonterra, among others.

Prior to DDB China Group/Tribal Worldwide China, Tim worked in two separate Executive Creative Director stints at DDB Beijing/Tribal DDB Beijing (2012-2013) and Tribal DDB Hong Kong/DDB Group (2009-2012). At DDB Beijing/Tribal DDB Beijing, he led the team on a pitch winning streak adding the likes of Volkswagen, Audi, Skoda, Jetstar, Acer, and HP to the agency’s roster which resulted in an impressive sky-rocketing growth in revenue. At Tribal DDB Hong Kong/DDB Group, he was credited for turning the agency into the most-awarded digital creative hothouse in Hong Kong, working with names such as McDonalds, Intel, Phillips, Manulife, and Pfizer.

A multi-award winning creative, Tim’s work has been recognised consistently throughout the course of his career. He has won a slew of awards at Cannes Lions, D&AD, AdFest, PMAA Dragons of Asia, Digital Media Awards, Webbys, and at the Kam Fan Awards. In addition, he has regularly participated on jury panels at all the big award shows including; D&AD, AdFest, Spikes Asia, One Show China, and the New York Festival and been a guest speaker on multiple occasions at Cannes Lions, PMAA Dragons of Asia, IAB Belgium ‘Think Big’ Conference, and the Digital Marketing Conference.

Subbaraju Alluri, Area Director and CEO, Singapore & Thailand commented: “Tim is a well-respected professional and his work has consistently pushed the boundaries of creativity. I look forward to working closely with him, and am confident that he will take our creative capabilities and output to the next level.”

“I am delighted to come onboard, and look forward to fostering a culture of creative excellence, especially as the network celebrates its 100th year anniversary this year. Here’s to more Famously Effective work ahead!” said Tim Cheng, Chief Creative Officer, Grey Group Singapore.