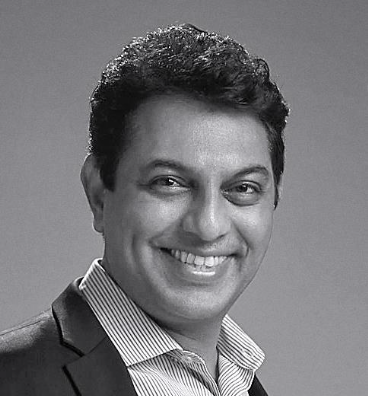 Alluri's leadership qualities and stellar performance prompted a move to head Grey Group Singapore’s local operations in 2005, transforming the agency into the country’s fastest-growing creative outfit within a year.

He boosted the agency’s profitability by leading the team to win major accounts such as Sentosa, Ministry of Manpower, Contact Singapore, LASALLE College of the Arts, GlaxoSmithKline, Norton, Vitagen, Wyeth, British Council, Al-Maha Airways (Regional) and Qatar Airways (global). He also made strategic senior hires and increased the local team size by five times - making it one of the largest integrated agencies in Singapore.

Alluri was presented the prestigious “Agency Head of the Year” award at The Singapore Advertising Hall of Fame Awards 2014. Under his leadership, Grey Group Singapore has won a number of accolades at prestigious award shows including Cannes, D&AD Awards, Spikes Asia and AdFest amongst others.

Grey Group Singapore was also recently recognised as Global Healthcare Agency of the Year at The Global Awards, based in New York.

Alluri began his career in advertising as a management trainee in DDB Chennai. After stints at JWT and Rapp Collins, he joined Grey Group Indonesia. During his tenure, Alluri was instrumental in expanding the workforce and clinching big name accounts such as BMW, Indosat, Daihatsu and Wyeth.
 
 “Raju’s aptitude and contribution has been invaluable. I am sure with his leadership and vision, he will transform Grey Group Thailand into becoming the agency of choice,” said Nirvik Singh, chairman & CEO of Grey Group Asia Pacific.

“It is truly an honour to be given the opportunity to lead the Thailand team, as well. I am looking forward to taking the agency to new and greater heights,” said Alluri.