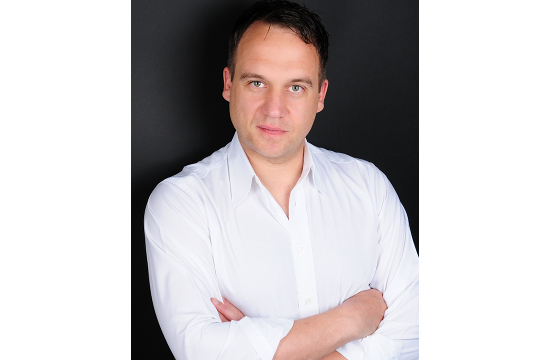 Grey, named in FAST COMPANY magazine’s “50 Most Innovative Companies in the World” in 2010 and 2011, has appointed Till Hohmann as vice-president and executive creative director to lead the work for GlaxoSmithKline across the Asia Pacific region. The multi-award winning creative joins Grey in a newly created role, moving his base from Germany to Singapore and will be reporting to Nirvik Singh, Chairman and CEO of Grey Group Asia Pacific and Alina Kessel, EVP, Managing Director Global
Client Services at Grey Group, London.

Hohmann brings with him a wealth of creative leadership experience and proven creative excellence in his luggage. He has worked in creative independents as well as in network agencies with responsibilities for national and international businesses. From Germany, to the US and to Dubai, he has won a multitude of awards in all categories from film to digital and activation, and he has worked with traditional teams as well as with digital innovation units. Before joining Grey, he spent the last six years leading regional and national offices of network agencies.

Most recently as chief creative officer of the JWT Group Germany, he led the creative operations of four national offices across all disciplines from advertising to customer relationship management and shopper marketing on some of the agency’s biggest brands that included Kraft Foods, Shell, Bayer, Wilkinson, EDB Singapore and Nokia. He was also a member of the JWT worldwide creative council.

Prior to that, he was regional executive creative director at Memac Ogilvy & Mather, Till introduced digital, established a creative culture, lead organizational change and built a highly successful multinational team – first in Dubai, UAE, and later across various offices in the entire Gulf region. His portfolio included key clients such as Nike, Coca-Cola, The Economist, Volvo, Motorola, Ikea, National Bank of Abu Dhabi, and Nakheel. His work for these and many other clients both built their business, as well as their - and the agency's - creative reputation. Hohmann`s creative leadership ended in 2010 with Memac Ogilvy earning the “Agency of the Year” title at the Dubai Lynx awards.

He spent the first 10 years of his career with top German independent creative agency, Jung von Matt, where he quickly ascended from copywriter to executive creative director. As a conceptual creative and later, as creative leader he has worked on some of the most important JvM campaigns for brands such as Sixt, Audi, BMW, Mercedes-Benz, MINI, Unilever and EADS. Hohmann played a pivotal role in the integration process of the agency’s traditional and digital units, help win its first ever Cannes Gold Lion in the Film category and took on a key role in shaping the strong creative reputation of this globally renowned agency.

Hohmann, who holds a Masters in Arts for copywriting and strategic planning from the University of Fine Arts in Berlin, Germany, has close to 350 awards to his name - international and national, across all categories from above-the-line to digital to direct – that includes Gold Lions, Gold at Euro Effies, Gold at Eurobest, Grand Prix at Dubai Lynx and Grand Prix at Gemas Effies, as well as winner at Clio, Cresta, Montreux, One Show, New York and London Festivals and Epica. A member of the German Art Directorʼs Club since 2000, Hohmann has served on the judging panel of numerous award shows - ADC, Cannes, D-Show, Die Klappe and PlakaDiva, just to name a few.

“We’re excited to have a highly motivated, talented and energetic creative like Till join the Grey family,” said Singh. “To find a capable leader who consistently produces instant results for clients and who is able to inspire and guide teams across disciplines to collaborate to produce winning work is rare. I’m confident of the positive change that Till will bring to Grey,” he added.

“With Till on board, we expect breakthrough campaigns that transcend markets and media. His appointment underscores Grey's commitment to our GSK clients as to the importance of Singapore as a global hub, and ensures we continue to raise the bar when it comes to the agency’s creative performance across the region,” explained Kessel.

“I’m very excited to become part of the global team of Grey, an agency that has recently reinvented itself and today surely is one of the most relevant and innovative groups. I believe the  ́famously effective ́ philosophy is the perfect formula for creating impactful work in an increasingly multilateral world - especially for an exciting brand like GSK. I ́m honoured to help build and grow the talented team based in Singapore – one of the emerging global hubs in what surely is one of the most exciting, growing and culturally rich regions of our small planet,” said Hohmann.