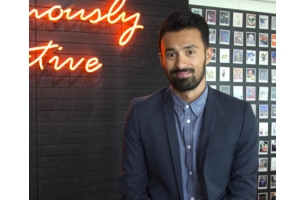 This new role will see Chan based in Melbourne with responsibilities across Sydney and Melbourne planning teams including activation and experiential business, Graffiti. Chan will ensure the delivery of integrated, strategic and creative solutions that embrace the rapidly changing media and communication landscape.

With experience in branding, digital and creative strategy, Chan has been the lead on some of the most iconic and effective campaigns of the last few years. He has worked on brands including Virgin Atlantic, Bendigo Bank, L’Oreal, Coca Cola and Lion, as well as on highly awarded campaigns such as Dumb Ways to Die (Metro Trains), Guilt Trips (V/Line) and the 100-Day Challenge (Victorian Responsible Gambling Foundation).

“The choice to move to Grey was an easy one. The opportunity to help lead one of the most influential agencies in the country into a new chapter is very rare and exciting,” said Chan.

Chan’s accolades include the Effies, a Cannes Lion Effectiveness Grand Prix, Spikes, APGS, AMES and IPAs. In 2014, he was also shortlisted as Planner of the Year for Australia & New Zealand by Campaign Asia-Pacific.

"We're certainly chuffed to have someone of Danish's calibre on the team. I know our clients will love working with him as he'll bring a new level of thinking to the table," said Paul Worboys, Chief Operating Officer of Grey Group Australia.

The change at Grey over the last 12 months has been hard to ignore. Recent new business wins of Volvo Car Australia and the prestigious Victoria Racing Club has seen the agency move to a national structure, grow in numbers and has brought about a change in emphasis to the production of highly innovative work.

“Yes we’ll continue to create the quality of work we’re known for but with Danish joining there’ll be an even stronger push for effective ideas of all shapes and sizes,” said Michael Knox, Chief Creative Officer of Grey Group Australia.