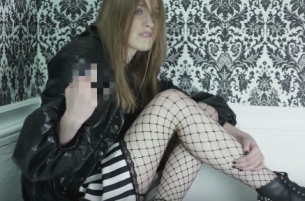 Fabric softener Lenor is cementing its positioning as the brand that truly cares for clothes with four new online films to launch their new Europe YouTube Channel. Grey Germany, who manage the European Lenor account, created the films which form part of the wider “It’s more than laundry.” campaign.

In a series of four ‘odes’ to the most every day and prosaic items found in wardrobes across the globe – skirts, trousers, shirts and scarves– the narrative explores the relationship and meaning that clothes have for different people.

The films, which launched on Monday 10th August, show footage highlighting the different role these items play in people’s lives in order to make a true connection with the viewer.

The campaign is a departure from the normal ad world communications to show a deeper understanding of people’s relationships with clothes. The endline succinctly rounds off the thought with “It’s more than laundry.”

Sophia Mousdraka, Associate Brand Director for Lenor, explains “Clothes can sometimes seem very superficial, but people have a deep-rooted attachment to them. They can be our identity, a statement of individuality or of conformity, they can revive memories or they can be status symbols. And as a fabric care brand we feel that whatever clothes mean to people they should treat them with a little Lenor”.