Grey for Good Lights up Homes with Rechargeable Batteries 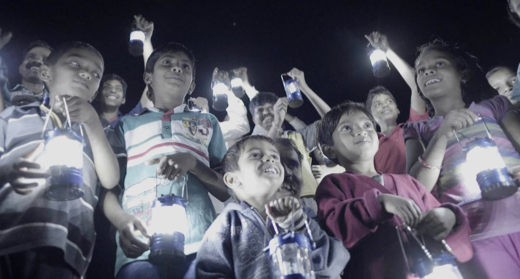 Using 50 lamps supplied with rechargeable batteries, the campaign is aimed at lighting up homes and was tested in Chandori village near Nashik, Maharashtra (India).

These batteries are charged in dynamos fixed at the base of the escalators in InOrbit Mall. The dynamo converts mechanical into electrical energy which is then stored in the batteries for use in the lamps. The charged batteries are swapped weekly with the existing ones in order to keep the lamps lit for a week at a time – the logistics is managed by RC&M.

K Raheja Corp has offered its support by allowing the use of its escalators in InOrbit Mall (Vashi) to help with this initiative.

“We believe in giving back to society and creating a more environmentally-friendly and socially conscientious place. With The Escalator Project, we are able to make use of dead batteries, harness the energy produced from the escalators and use it to provide electricity to places that don’t have any,” said Ravi Raheja, group president of K Raheja Corp.

“This is a project that’s very close to our hearts. It has been a team effort from K Raheja Corp, Grey for Good and RC&M, all contributing in their own capacities and across geographies. It is exciting to see this project come to life,” said Nirvik Singh, chairman and CEO of Grey Group Asia Pacific.