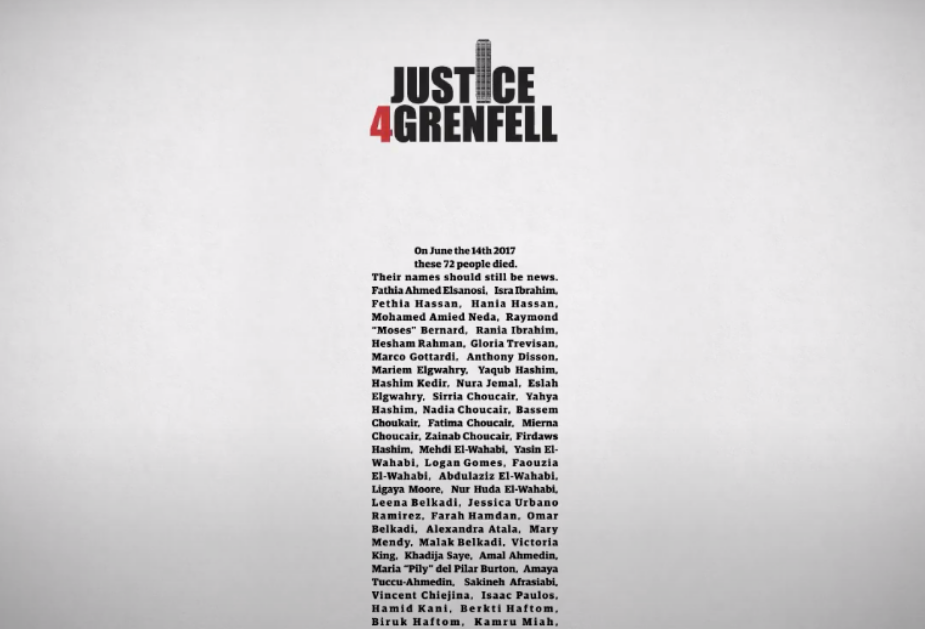 The Grenfell Tower inferno claimed 72 lives - but in the three years since the tragedy which shook London, campaigners are still fighting for justice.
To mark the anniversary, BBH London has launched a new campaign for outdoor, print and social that turns the names of the 72 people who lost their lives in the fire into an unignorable tower.
On June 14th, campaigners convinced British newspapers to give an inch of column space to the memory of Grenfell’s victims, as a tribute to those who died and a stark reminder that little has changed since the night in 2017 when fire tore through a West London apartment block.
The fire’s rapid spread has been attributed to unsafe cladding materials as well as an absence of sprinklers in the 24 storey tower. To date there has been little justice or accountability - some families who survived the fire are still without permanent housing.
The anniversary comes after a weekend of far right riots in the centre of the city, and after a week of Black Lives Matters protests - particularly timely as the campaigners are pushing the inquiry to investigate the role racism played in the tragedy.  Many residents in the tower were from BAME backgrounds or immigrants, their concerns about safety had been repeatedly ignored.
Speaking on the anniversary, London mayor Sadiq Khan said: “I know the bereaved, survivors, residents and wider community are understandably frustrated at the lack of meaningful change and they are fearful that a similar tragedy could happen again. I too share their concerns. While struggling with their own personal grief and recovery, they have continued to campaign for building safety and are demanding change to keep others safe in their homes.”
Yvette Williams MBE, Justice4Grenfell co-founder and co-ordinator, said: “Grenfell is a symptom of urgent issues within our society.  In the three years since Grenfell, the local community has been turned upside down and remains in limbo whilst those responsible continue to evade responsibility or criminal justice. The devaluation and marginalisation of certain groups  who often pay the high price for corporate and/or ideological failures that are then deemed too expensive or politically inconvenient to rectify.
BBH has been consistently working with the Justice4Grenfell campaign since the tragedy to keep pressure up on politicians. They staged the 'Three Billboards Outside Grenfell Tower, Londn' stunt, which borrowed knowingly from the movie 'Three Billboards Outside Ebbing Missouri', and last year they brought the fight to London Fashion Week.
view more - Creative