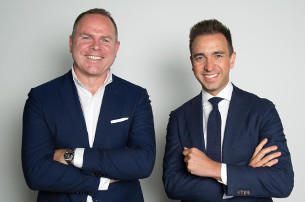 Simon Ryan, CEO of Dentsu Aegis Network ANZ, said, “Greg has been a valuable addition to our senior executive team since joining last year and I’m delighted to announce his promotion to lead Amplifi.”

“With his extensive media industry background, Greg has a great understanding of the landscape and the strength of the relationships we have with our media partners. I know he will do an excellent job in continuing to strengthen Amplifi ensuring that our clients receive the best value and connections in media locally and globally.”

Greg Brown said, “I’m excited and humbled to take on this new opportunity to lead Amplifi, a strategically important and ever-growing member of the Dentsu Aegis Network. I am really looking forward to leading the incredible team across Australia and New Zealand, who are already playing an integral role in shaping the current success and future positioning of the Dentsu Aegis Network, on a local and global level. I look forward to working closely with our agencies and leadership team to continue to drive business success for all our clients.”

With annual billings in excess of $2.5 billion, Dentsu Aegis Network is one of the most influential media groups in the region.

Amplifi was formerly led by Paul Brooks, who was appointed CEO of Dentsu Aegis Network media agency Carat earlier this month. Greg’s successor as Media Group CFO role will be announced in due course.