Directed by Justin Coit, the campaign features a voice-over by Jessica Alba 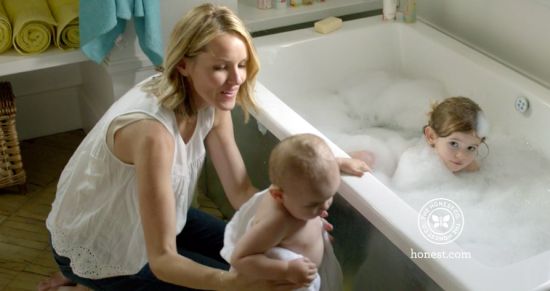 Shot in a documentary style, the clip offers a glimpse into the life of Honest Company customer and fellow mother, Ryan McGee, as she speaks candidly about her experience using the brand’s non-toxic, high-performance products.  Through Ryan’s straightforward testimonial, the viewer learns how The Honest Company’s safe and effective natural products truly help today’s modern mothers to care for their families.

On working with The Honest Company to create the broadcast spot, director Justin Coit says, “It was a really exciting experience. As they are a young brand, we had fewer traditional limitations and focused more on exploring new ways to communicate their messaging. Our goal from day one was to create a commercial that felt genuine, informative and, of course, honest.  The freedom we were granted definitely allowed us to achieve that.”

Green Dot Films Executive Producer Darren Foldes added, “There’s something a bit special about creating an ad and telling a story for a brand you and your family use and believe in. When you then discover the partners and employees behind the brand embody the same admirable values, integrity, passion, respect and concern for the environment etc. that the brand was built upon… you develop an even stronger connection and gain an even greater understanding for why the consumer base is so devoted to The Honest Company”.

Therapy Studios handled the spectrum of post production for the spot, including the editorial, finishing, and color correction, as well as the audio mixing.