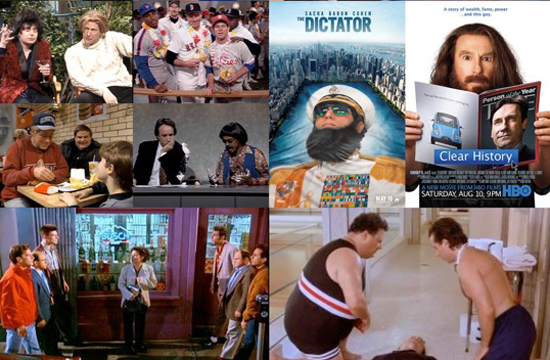 Green Dot Films today announced the addition of director David Mandel to the company’s impressive roster of directorial talent. Excelling at both scripted and improv-centric comedy, Mandel brings a long and impressive history to Green Dot, including directing five episodes of the hit HBO comedy series “Curb Your Enthusiasm” that stars “Seinfeld” co-creator Larry David. Mandel also served as writer and producer on “Seinfeld” from 1995 until the show’s conclusion in 1998. His work has yielded multiple Emmy, PGA, and WGA nominations.

In addition, Mandel wrote and produced the Sacha Baron-Cohen film comedy The Dictator (2012) alongside Alec Berg and Jeff Schaffer. His most recent writing and producing work is the HBO movie Clear History (2013), which stars Jon Hamm, Kate Hudson, and Larry David that premiered this month.

Mandel was a key writer on “Saturday Night Live” from 1992 to 1995, a period which included working on a wide variety of hilarious commercial parodies, in addition to such memorable skits as “Bill Clinton at McDonald’s.” His subsequent work on “Seinfeld” earned multiple Emmy and WGA award nominations for writing -- most notably for his work on the popular “Bizarro Jerry” episode -- as well as a WGA award win for the episode “The Pool Guy”.  He’s also written for The Simpsons and is an alumnus of The Harvard Lampoon.

“David Mandel has written and directed some of the funniest things I’ve seen from the last 15 years.  He consistently creates the type of funny that hits your brain and belly at the same time,” says Darren Foldes, Executive Producer and Head of Sales at Green Dot Films. “That fact alone would be enough for Green Dot to be excited to represent him, but he has also shown his talent in a variety of media, successfully telling comedic stories of varying lengths, and has worked closely with many of the true comedic giants of our time. We could not be happier to have David on our roster.”

Added Green Dot Executive Producer and Head of Production Rich Pring: “I’m excited to add someone of David’s caliber, with such an incredible comedic pedigree, to our roster.”