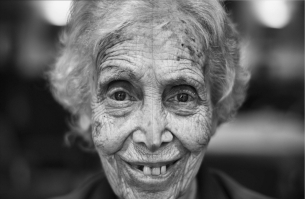 Green Cave People, the creative agency that helps brands create commercial value by communicating their social values, has created its own content in the form of a glossy periodical magazine called Peephole. The magazine is available to the public here.

The strikingly crafted magazine features images of people from all over the planet: “People with light in their eyes and beauty in their souls.”

Captured by accomplished photographer and film maker Malcolm Green (who doubles as the agency’s co-founder and was also the man behind Halifax’s famous ‘Howard’ campaign) everyone in the book has, at one time or another, featured in Green Cave People campaigns.

Green Cave People’s co-founder, Marc Cave, said: “Whether we’re talking about brands, business, art or culture — it all comes down in the end to people. Peephole is a celebration of the amazingness of human beings. As observed by Malcolm over the past three years in some beautifully revealing portraits, across a wide variety of different projects that we’ve done. It’s something we’d love to share with the creative community. Sometimes it’s nicer to give than to receive.”