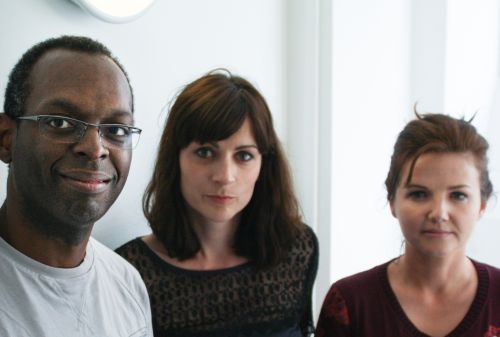 Green Cave People, the independent London creative agency has announced a series of changes to its top management team to coincide with the arrival of three new equity partners.
Jackie Steers joins to become Executive Creative Director across all the agency’s business, whilst Ira Josephs joins as Creative Partner.
Prior to joining GCP, Steers and Joseph worked together as an award-winning creative team for 20 years, most recently at DLKW, where they worked on Halifax, COI and Opel/Vauxhall.  Before DLKW, they both worked at M&C Saatchi, Saatchi & Saatchi and Publicis.
The pair have won numerous industry awards including BTAA, D&AD, Creative Circle, IPA Effectiveness Gold and Cannes.
Meanwhile Holly Ripper joins as Managing Partner from Ogilvy London and previously Havas Sydney where she transformed Reckitt Benckiser into an award-winning account.
The new appointments will allow Agency Founder Marc Cave to focus on his role as CEO of GCP, concentrating on a programme of business development and acquisition. At the same time, co-founder Malcolm Green will take on a newly-created role of Creative Chairman.
Jackie Steers said ‘I'm at Green Cave People because I get to work with a bunch of talented, honest hardworking people.’
Ira Joseph said, “Joining Green Cave People is an amazing opportunity to be part of a new creative model.”
Holly Ripper said, ‘The people at Green Cave People are truly brilliant; always challenging, relentlessly curious and everyone has a mean sense of humour.’

Malcolm Green said, ‘This isn’t just about new people joining the agency. It’s about laying the foundations for the future of Green Cave People.   It’s also about creating an environment where bright young creative talent can take responsibility for the direction of the business, whilst also sharing in it’s ownership and success.’
Marc Cave said ‘Our new structure lets us move ahead on a plan with exciting creative and commercial potential for this company’.
view more - Hires, Wins & Business