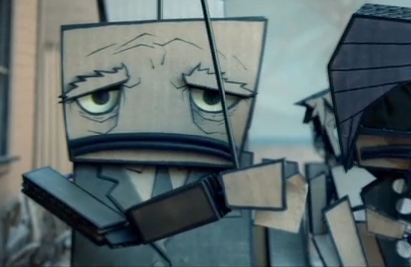 Great Guns has bolstered its roster with a plethora of hot new directing talent. As an industry advocate and supporter of nurturing new directors, CEO and Founder Laura Gregory has spent the summer, alongside her US partner & CEO Jonathon Ker, creatively sourcing both the UK and US markets for emerging directing talent.

Joseph Oxford moved from North Carolina to LA to purusue a career in fimmaking after graduating college in 2007. Since then he has worked on sets in a multitude of capacities ranging from production assistant to art director. His directorial debut, the short film ME+HER, premiered at the 2014 Sundance Film Festival. Joseph is currently shortlisted for this years Shots awards as well as the D&AD Next Director Award. Joseph is currently in editorial on a music video for the first track off the new Sixx AM album...the song is called STARS.

Chris started his career in portrait photography and photojournalism, he made the transition into film in 2009, directing commercials and videos for clients including Urban Outfitters, Land Rover, Ford, Google, Adidas and Pepsi. Combining an unwavering commitment to storytelling with his impeccable visual taste and contemporary, hip style, Chris captures stunning images that transport viewers through the looking glass and into heightened sensory experiences.

After 17 years as a producer of FIlm, TV and hundreds of commercials & music videos, Skot has turned his focus to directing. He has directed numerous 30 minute episodes of comedy TV & the award winning Warner Bros. documentary ‘In Our Own Time’. Skot’s indepedent short ‘Ollie Klublershturf vs. The Nazis’ starring Chris Hemsworth won Best Directing In a Short Film at the Newport Beach Film Festival & is currently playing in festivals around the world. Skot has directed a variety of music videos and recently completed production on the groundbreaking video for Cibo Matto’s ‘10th Floor Ghost Girl’.

Monatomi is Duncan Christie and Ben Perry - two young, like-minded directors. They met at a university, & their first project together was a spec commerical for the Kodak Commercials Competition (sponsored by Ogilvy). The film was awarded Best Overall Commercial & Best in Brief.

Monatomi have a background in music videos, branded content & short films. Their films have been featured on Stereogum, Pitchfork & Vice & have screened at festivals globally. Most recently they were nominated for the D&AD Next Director Award for a short film they did for Chevrolet and their One World Football project in Indonesia. Monatomi have just completed a brand film for Principal Tower. 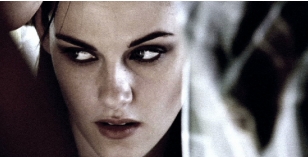 Yu Tsai is a scientist turned director & photographer. He has become one of the worlds most sought after creative partners in fashion & commercial advertising. He has directed, captured and interviewed Leonardo DiCaprio, Bruce Willis, Anne Hathaway, Keira Knightly and Ryan Gosling to name a few. He has created iconic imagery for brands including Apple, Guess, Coca-Cola, Pantene, Victoria’s Secret and Lexus.

With the balance of an art and commerce mentality, Yu continues to work in both the directing and photography arena, creating covers and stories with magazines such as Vanity Fair, Vogue, GQ & Harpers Bazaar. He was nominated for the Lucie Award for his fashion story featuring Kristen Stewart for Flaunt Magazine. He has never lost his love for the sciences and continues to lend his talents to the ever-growing global concern of conservation.