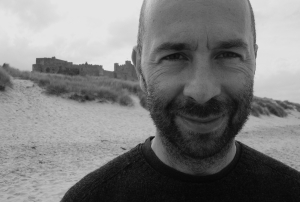 Hartley is recognised for his talent to direct comedy and people.  His ability to garner natural and credible performances has resulted in some timeless commercial campaigns, most recently Maltesers ‘Feed Me’ which is enjoying a much favoured return to the UK screen. Click here to view David's reel.

In his own words David says, “Comedy and people are my inspiration in making films. I am known as an actors’ director, with a passion for characterization and improvisation which, combined with a strong element of realism, gives my work a observational and vérité quality”.

David’s latest commercial for Aldi entitled “Christmas Lights” was shot in Ireland with Speers Films for McCann Manchester.  Beautifully directed, it follows a family all coming together for Christmas; arriving on Christmas Eve via cars, flights and taxis, with more family arriving on Christmas Day in time for a festive feast of Aldi produce. This heartwarming film portrays traditional festivities with a totally credible cast and Hartley-style natural performances.

David has also been specialising in new media, technology and online content which has included Xbox Fifa “Play Like A Legend” which picked up a DADI - an award celebrating the best in digital media organised by The Drum. David’s other recent awards include the IPA effectiveness award for Aldi.

Other campaigns he is currently working on include EA Games, Orange, Dare Digital, Jam and Aldi.

On joining Great Guns David comments “Great Guns are always striving to push the boundaries of the market, in new and experimental fields. Most importantly their belief that film making, story telling and great imagery are the way to achieve that aim, both for the clients and the agencies. Great Guns are always looking ahead towards new challenges, whilst being very aware of the heritage of film and the power of a good tale, well told. I was attracted by how the other directors have benefitted from the global reach that Laura Gregory has worked hard to build and maintain”.