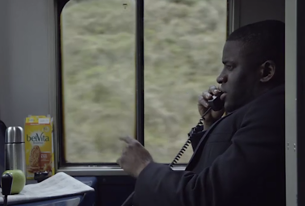 Filmed on Monday January 16th, also known as “Blue Monday”, the latest ad for BelVita Breakfast, directed by Great Guns’ Jonty Toosey, is based around the most notoriously depressing day of the year, wittily subverting expectations with this uplifting, relatable film.

The ad, set during morning rush-hour, follows a trainload of commuter’s who are about to receive a cheerful surprise as a charismatic train guard entertaining the passengers with his witty banter over the tannoy. The experience of these lucky few, brought together by the infectiousness of laughter, perfectly reflects the uplifting effect of BelVita breakfast biscuits in the morning routine.

Jonty’s unique style and ability to capture naturalistic and authentic reactions with his characteristic use of fixed hidden cameras perfectly enhances the core concept of the film. Multiple angles creates a dynamic journey around the train, allows the viewer to experience the stunt as one of the passengers. Keeping the sound focused on the natural noises within the train and the banter of the train guard himself, further adds to the realism and relatability of the film.

“Technically, filming in a working station like Waterloo during rush hour was a challenge,” states Jonty. “With approximately 450,000 people using the station every day we were very restricted to where and how we were permitted to shoot. The train itself posed a whole new set of challenges.  Restricted space, hidden cameras and a train that had to stick to the timed schedule meant that we were literally racing against the clock to get all the shots we needed. With their dedication attention to detail, South Western trains worked tirelessly to help make everything possible. Our production team had been briefed with military precision and the symbiotic collaboration between production, agency and client found us collectively and efficiently realising our goal. The fact that everyone was so professional and friendly made it a fabulous environment to work in too.”

“Casting our main character was hilarious,” he continues. “We sourced several great performers from the stand-up comedy world ,  giving us so many different options with their individual, inimitable styles. Our ultimate choice, the fabulous Inel Tomlinson, stood out from the crowd with his naturally cheeky banter and brought a certain authenticity to the role. The man is very, very funny”.