Awards and Events 619 Add to collection 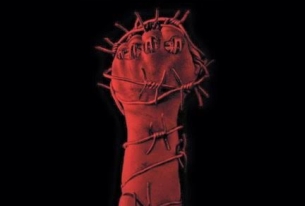 Great Guns is proud to announce that two of their Gunners, Russian filmmaker Ilya Naishuller with his first person POV feature ‘Hardcore’, and Norwegian director Roar Uthaug with his disaster thriller ’The Wave’ (Bølgen) are premiering their films at the 2015 instalment of the Toronto International Film Festival.

Writer/Director Naishuller’s ‘Hardcore', which screened as a world premiere at TIFF’s Midnight Madness last Saturday carries the same POV conceit as his internet sensation ‘Bad Mother F**ker’, the branded content/music video for Neft Vodka and his band Biting Elbows. You only need to see the trailer to have an understanding of the impact this film will have on audiences around the world.

The film was produced by legendary Russian director Timor Bekmambetov (Nightwatch, Daywatch, Wanted, and the upcoming Ben Hur) and highlights the amazing work of Naishuller which saw him included not only in the Saatchis New Directors Showcase at Cannes in 2013, but among the commercial director pantheon in the NDS’s 25th anniversary celebration series 25x25 screened at this year’s Cannes Lions Festival.

This coming Wednesday, TIFF will premiere ‘The Wave’ (Bølgen), Uthaug’s gripping disaster thriller set in a Norwegian fjord that echoes the similar case of the 1934 tsunami which killed 40 people in Norway’s Tafjord. Like the trailer for Hardcore, the promo for ’The Wave’, Roar’s fourth feature film, will have viewers on the edge of their seats. It’s the Nordic countries’ first disaster film, and the work has already been chosen as Norway’s official entry into this season’s Foreign Oscar race.