Trends and Insight 270 Add to collection

The newly-signed Great Guns director on ‘controversial’ work, finding his own voice and a notorious karaoke problem 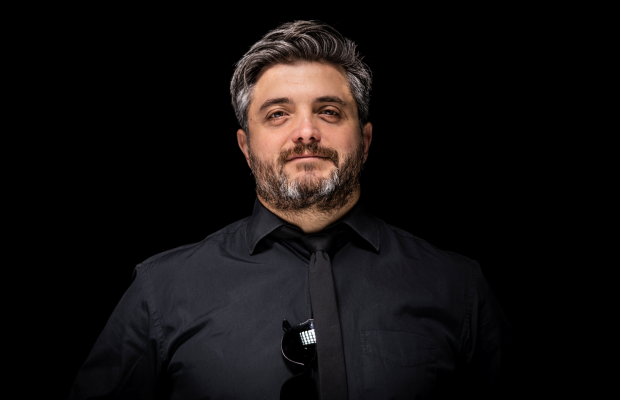 For some creatives, their journey into the industry is long and winding. For South African-born Grant de Sousa, it was written in the stars from an early age.

All it took was a ‘making of’ film accompanying a copy of Michael Jackson’s ‘Thriller’ for Grant to know that directing was for him. Since then, he has become one of the country’s most-celebrated directors, drawing acclaim and awards across Cannes, Ciclope, New York festivals, The Loeries, the LA Shorts Film Festival, and more.

Now, the director is looking ahead having signed for representation with Great Guns. To celebrate the new chapter in his career, we spoke to Grant to look back on his most defining work, and find out what makes him tick as a creative.

Q> Congratulations on signing with Great Guns! What kind of projects are you hoping to get working on?

Grant> Thank you! It's a great honour to be on-board and very excited to get started.

Project-wise, it's my ambition to keep growing and keep pushing myself to my creative limits. Ultimately I’m a storyteller that never wants to be pigeon holed or boxed-in. I'm genre-agnostic, and curious about any story that can evoke an emotion, make someone think, or maybe - just maybe - shift a perception or two.

Q> Growing up, was it always your plan to become a director, or involved with film in some way?

Grant> Definitely. In fact, I'm lucky that I figured it out early and I can even recall the exact moment it came to me. Michael Jackson's Thriller had just come out and we had a VHS of the film and the ‘making of’ as well. I quite clearly remember being more obsessed with the ‘making of’ than the actual music video itself. John Landis (American Werewolf in Paris, Animal House) was the director. I was fascinated by his process and how he just looked like he was having the time of his life being a gigantic child caught up in his own wonderland of making fun stuff. I knew then and there.

Q> Looking back at your work, you have a habit of approaching controversial issues with a really confident humour (I’m thinking of your work with Chicken Licken and House of Discards). Is that something you do consciously?

Grant> It’s strange, I’ve never actually thought about it. I don't think it’s a conscious choice to do the controversial work. It finds you at the end of the day, I guess. But I do resonate towards work that creates a stir or that makes people talk.

Above: House of Discards by Grant de Sousa

However, I do feel like I have a sincere and set way of approaching work. I think my philosophy when approaching any work I do is to maintain a course of integrity. I'm always banging on about integrity in the work. I think that’s probably due to my training in the industry alongside the older hands. But as a commercials director you almost need to always see the lighter side of things. I guess I'm an optimist at the worst of times and perhaps that's beginning to show in my work as well. I hope everyone is ok with that!

Q> And so what makes that optimism and humour the right fit for these ads that touch on controversial topics?

Grant> Well, those two in particular I didn’t write so I can only take credit for the tonality of the comedy! I always want to push the boundaries or experiment with things. For example in ‘Big John’ (The Chicken Licken spot) I fought hard for that scene with the giant squid. Something along the lines of "trust me, it's funny”. Thankfully they did and thankfully it worked!

Above: 'Big John' for Chicken Licken and Joe Public

Q> And some of your most critically successful work has focused on hard-hitting subjects (‘There’s No Going Back’ and ‘Conflict Diamonds’) as well. Do you think it’s important to make sure your work has a deeper message?

Grant> Look, I have a propensity to helping people. I live in a country that admittedly seems to be in a constant struggle so I guess you can live one or two ways. To turn a blind eye or help. I chose the latter and I hope I can make a difference.

So I guess to answer your question, I am drawn to topics that can shift perception. Unfortunately the spots you’ve mentioned above aren’t a dime a dozen and we don't get to make enough of them. I wish there were more opportunities like those - hint hint!

Above: Conflict Diamonds for the African Diamond Council

Q> Looking back through your reel, I found my expectations being upended quite a few times during a number of films you’ve made. Do you enjoy doing that to an audience?

Grant> I guess I do. When making or even writing anything, I try to see it through a viewer's eyes. Removing myself or my ego and looking at it from another point of view. We live in a cluttered world and I'm trying to break through that by taking the work to unexpected places. Or at the very least trying to evoke something within the audience.

My test for measuring a piece of good work is to always ask:

Did it sit with you?

Did it make you think?

Did it make you laugh while it made you think?

Q> What lesson or piece of advice do you wish you'd heard earlier in your career?

Grant> I actually did a talk on this the other day. What I did there was I painted this picture of where my career is at and then I painted the picture of what i've been through to get here.

So the underlying theme was to ensure you never lose faith. Never give up if you love what you do (it’s a huge cliche for a good reason). Not that I ever did. But I guess my problem was that I always aspired towards the people above me. For example I was mentored by a very prominent director in South Africa called Keith Rose. For as long as I can remember I wanted to do work just like him and to be on his level. But that was a mistake.

Find your own voice. Become who you are. I’m lucky because I finally feel comfortable enough to say that I'm getting there. I was just wasting time before trying to be something or someone I wasn't. So that’s the most important advice: Find your own voice.

Q> Over your career, is there one project that sticks out as your most defining? If so, why?

Grant> I think i'd have to say my short film ‘It's Complicated’. Because not only was it a turning point for me and my career, it was also something that was completely mine. There was no filter. When I turned around from my monitor on that set, there was no one to challenge me. I was naked and afraid, as the saying goes. But I loved it, it was a great spiritual journey, and of course one I couldn’t have done without fantastic humans around me supporting me. But one I will forever cherish.

Above: 'It's Complicated' by Grant de Sousa, which won Best Comedy at the LA Shorts Film Festival

Q> Who are your creative heroes, and why?

Grant> Well, to begin with, my mentors were my heroes. Keith Rose who I mentioned before, and Giaco Angelini who sadly have both passed now. But they taught me so much. It was the kind of stuff that no film school on earth prepares you for or can possibly teach.

Further to that I grew up on a healthy diet of Michelle Gondry, Spike Jonze, Jonathan Glazer, Frank Bugen, Chris Cunningham, man I could go on and on. Back in the day, tapes were all on VHS and I had to memorise where each one was according to timecodes and then dump them onto u-matics [an old format for recording a video tape on a cassette] for treatments for the directors I worked for.

As for why, I'm not sure I need to tell anyone why they are my creative heroes. I hope to be someone’s hero one day, hopefully my son’s.

Q> Finally, what do you like to do in your spare time? Any current obsessions?

Grant> Haha well, I do have a three year old so not a huge amount! But having said that, I have a tad unhealthy obsession with Fortnite. I tend to sneak it in late at night. I play with many fellow creatives in the industry locally and abroad, so I’m far from alone.

Football is another unhealthy obsession, and I say unhealthy because I support Newcastle United. But at least it shows I'm loyal!

And of course, anyone who knows me knows about my problem with karaoke. But hey, at least it makes for fun wrap parties. I'm also looking at a few long form projects at the moment to keep me busy in-between when I'm not shooting or pitching.

Other than that, I do find myself in the cinema quite often. My office is literally next to a cinema. But that's ok, it’s all research, right?!