Trends and Insight 334 Add to collection

Sheridan Thomas, Global EP at Great Guns and self-confessed film obsessive, dishes up the best horrors that adland has to offer 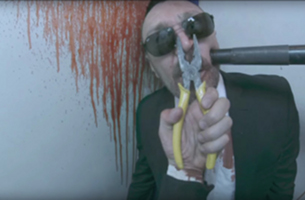 As anyone who knows me can attest, I’m properly obsessed with movies - unhealthily so in fact. I’m not particularly selective about what kinds of movies I watch (although I must admit to having a bit of an aversion to the flowery, corseted ‘Ye Olde’ nonsense that our country loves to churn out). I have, however, noticed that more and more genre movies seem to creep into my annual playlist and, similarly, into my list of favourite movies each year.

I’m not entirely sure why - I’ve never really stopped to think about it - but I suspect a large part of it is that genre movies tend to stick pretty rigidly within an easily digestible 90 minutes. And as I get busier and have less time to devote to my favourite pastime, I think I’ve learned to appreciate the ruthless efficiency, not to mention crazy invention, of the genre movie as an art form, over and above the bloated blockbusters and painfully ‘worthy’ awards bait that seem to monopolise our movie theatres these days.

As such, I guess it stands to reason that so many commercials directors, highly skilled in delivering a brutally economic narrative themselves, would be responsible for so many great genre movies over the years. In fact, for many, these types of movies have proved to be fertile ground to segue from commercials to features.

So, in the spirit of this weekend’s Halloween festivities, I thought I’d highlight a few of my favourite genre movies directed by commercials and music video directors - some old, some new, some wildly popular, some more obscure, all awesome.

First the obvious classics. If you haven’t seen any of these, you should hang your head in shame and take tomorrow off to binge watch them all on Netflix to make up for your sins:

The very first horror movie I ever saw (at age eight – nice parenting skills guys) and still one of the best, Scott’s Alien is a positive masterclass in tension building. Totally reinventing the haunted house movie and giving cinema one of its greatest kick-ass heroines in Sigourney Weaver’s Ripley, the movie is still as effective today as it was on its release in 1979.

Although I’m also a huge fan of the vastly underrated Alien 3, it was with Se7en that Fincher truly hit his stride. As stylish as it is horrific, Se7en is a stunning piece of atmospheric filmmaking with career best performances from Morgan Freeman and Brad Pitt as well as one of the greatest endings in cinema history.

Way before Marvel got the geek crowds frothing over doing their favourite comic books justice, Alex Proyas stealthily delivered this amazing and amazingly dark adaptation of James O’Barr’s graphic novel. Unfortunately overshadowed upon its release by the tragic on-set death of Brandon Lee, it’s a movie that deserves to be re-evaluated and given the credit it deserves for being the first movie to really do the comic book medium proud.

Another Aussie director but a WAY nastier piece of work (the film not the director – I’m sure he’s lovely), Wolf Creek was a ferocious shot in the arm for the slasher genre when it was released. Relentlessly bleak, cynical and shot with an almost documentary level of observation, it gave the movies a scarily real boogeyman in John Jarratt’s Mick, who (spolier alert) returned to gratuitously take out a few more tourists in a way campier sequel nearly a decade later.

Then there’s the good remakes (it’s a pretty small list):

I know the seemingly endless stream of Hollywood remakes are generally horrific in the wrong way, but Verbinski’s Ring remake is actually way better than the kinda-boring Japanese original (sorry but it’s true, J-horror fanboys). It’s also one of the few horror movies in recent years that is actually pretty damn scary too, which, let’s face it, a horror movie should be.

The clear high point of Nispel’s patchy movie career so far is this remake of Tobe Hooper’s 1974 classic which, like the Ring remake, is arguably better than the original (sorry again fanboys). It’s a really nasty, crawl-under-your-skin kind of movie and perhaps the only film that my wife had to close her eyes throughout and was still scared shitless by the sound design. The cynic in me, however, can’t help but question the sprinkler system’s presence in the meat locker that Jessica Biel finds herself running through in a skimpy white vest near the end of the movie.

Anyone lucky enough to have attended last month’s Toronto Film Festival screening of this insane shot of pure adrenalin will understand why critics are calling Naishuller ‘the next Tarantino’. The entirely POV-shot Hardcore is so mind-blowingly exciting, violent and, surprisingly, funny that is assured instant cult classic status when it’s released next year. Also contains the best use of Queen’s Don’t Stop Me Now ever committed to film.

Nakashima is long deserving of the same kind of fanboy adoration attributed to his compatriot Takashi Miike. And this movie is arguably his best. Confessions opens with a near 20-minute monologue of a teacher addressing her classroom that starts innocently enough but devolves into one of the most sinister speeches in cinema history. And it just gets darker from there. It’s an insane but very accessible entry into Japanese extreme cinema and, if you dig it, check out his awesome, even more extreme follow-up, The World of Kanako.

From the same sick mind that brought you this year’s award-winning Pampers –Pooface commercial. Although it was the don't-have-sex-with-strangers-on-holiday antics of Donkey Punch that put director Olly Blackburn on the map, it’s actually his little-seen sophomore effort, Kristy, that stands out from the crowd. This super-tight campus-set cat and mouse slasher movie was selected by several reviewers as one of the best horror movies of last year.

Talking of avoiding sex with strangers… It Follows takes it to a whole different level. A teenager tries to evade a sexually transmitted ghost (yes, you read that correctly) in David Robert Mitchell’s weird cross of mumblecore and ‘80s-era Carpenter that is cool, witty and scary in equal measure.

I’m going to straight-up admit that this movie just doesn’t do it for me, but I can fully appreciate the artistry involved and understand why so many people LOVE it. If nothing else you have to give huge props for casting Scarlett Johansson as an Earthbound alien man-eater, then making her unrecognisably frumpy and forcing her to drive around in a transit van for most of the runtime.

One reviewer called this Norwegian slasher movie “probably the most perfect slasher movie ever made” and I’d be inclined to agree. It doesn’t reinvent the wheel – five friends get picked off one by one in an abandoned mountain-top hotel – but the characters, perhaps uniquely for this kind of movie, are sympatheic, smart and relatable and it’s made with such incredible style that it elevates the movie to a whole different level.  Plus it has the coolest kick-ass final girl since Alien’s Ripley. Uthaug’s awesome new movie The Wave (this year’s Norwegian Oscar submission) is one to look out for soon too.

So if you’re at a loose end this Halloween weekend and fancy watching a cool genre movie, you could do a lot worse than checking out one of the above from a selection of advertising’s finest.