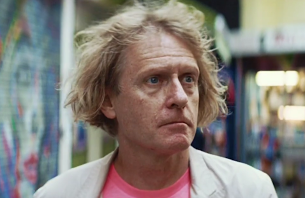 ‘Born Risky: Grayson Perry’ launches on All 4 on Wednesday 2nd November and will receive a special broadcast at approximately 11pm on Channel 4 on the same day.

In the first film, Grayson talks about his early ventures into cross-dressing as a boy, and his journey to becoming the person and artist he is today.

The remaining three films feature Grayson meeting trans people who take great risks to be themselves. The first is transgender model Tschan, 24, who returns to Brixton where she was bullied when younger. The second is Geoff, 66, a transvestite truck driver who has opened ‘Tina’s Hotel’, a haven for other transvestites at his Essex home. The third person Grayson meets is EJ, 42, a female-to-male transgender fashion historian who is now comfortable in his male identity but who bravely wears wear a dress for the first time in 30 years to challenge traditional gender stereotypes.

Versions of the film created for Channel 4’s social media channels will carry the tagline ‘Sometimes the greatest risk is to be yourself’ and end with the Born Risky logo.

Dan Brooke, Channel 4’s Chief Marketing and Communications Officer, said: “Championing alternative voices is at the heart of Channel 4’s remit and this project perfectly encapsulates the spirit of our Born Risky ethos as well as our commitment to reflecting Britain in all its diversity. These inspiring stories have been brilliantly brought to life by Grayson, offering an important insight into the transgender world.”

John Allison and Chris Bovill, 4 creative, said: “Nobody embodies the Channel 4 brand values quite like Grayson and his alter-ego Claire. In a world where hate crime is rising Channel 4's role to challenge the status quo is even more crucial. All the credit goes to Tschan, Geoff and EJ for being so open and brave. Along with their 'fairy Godmother' Grayson they've made some incredibly important, moving and totally gorgeous films.”

Grayson Perry said: “I am very proud to be part of Born Risky it was fascinating, fun and a privilege to meet and work with three such brave, tender souls. If just one viewer feels more confident enough to live the gender they feel driven to live then we would have done our job, but I'm sure these lovely films will do much better than that.”

This series is the latest instalment of the broadcaster’s Born Risky brand campaign, which was launched in 2014 to reflect the broadcaster’s commitment to pushing boundaries and taking creative risks. Examples include True Colour TV, which saw Britain’s first out and proud Muslim drag queen star in a marketing trail, and Gay Mountain, a trail created to support gay athletes competing at the 2014 Sochi Winter Olympic Games.

Born Risky: Grayson Perry will be available to watch on All 4 and on Channel 4’s Facebook and Twitter platforms from Wednesday 2nd November.