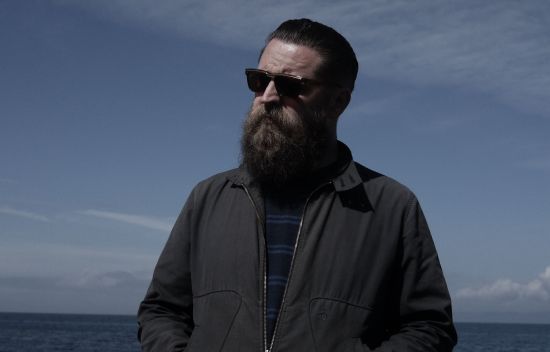 Known for his in-camera blend of technical genius and visual artistry, FC:B’s work can be viewed here.

“I am drawn to the visual way Chris tells stories,” said Grand Large founder and executive producer Steve Horton. “His graphic eye, his camera movement, his strategic use of design and in-camera effects are very special and unforgettable.”

A graphic designer by training, it was Turner’s work with photographers early in his career that paved his future path. “I am drawn to work that is visually exciting and unusual,” he explained. “And I just really enjoy the challenge of working out how to do things in camera.”

Case in point is FC:B’s recent spot for Honda and Britain’s Channel 4. In 'The Evolution of Stunts', viewers are taken on an incredible journey across a spectrum of set-based visual trickery and physical stunts. “In the Honda spot, the whole aesthetic was theatrical,” Turner explains. “We didn’t hide how the stunts were done. It’s exciting to harness all the disciplines that go into that.”

Commercials FC:B has directed have both One Show Gold and D&AD awards, while his recent film projects have screened at the London Short Film Festival, the Berlin Fashion Film Festival, Onedotzero and the San Francisco Dance Film Festival.

Turner was last represented in the US by Hungry Man. As FC:B he is also represented by Park Village in London, where he’s based. He joins a Grand Large roster that also includes award-winning female directors Julie Taymor, Gaysorn Thavat, Lisa Immordino Vreeland and Tracey Rowe, as well as fashion/beauty newcomer Elle, Tom Kan and Tran Anh Hung.