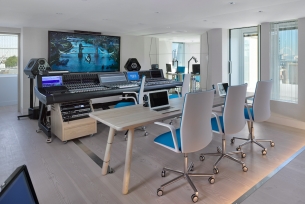 Grand Central Recording Studios (GC) this week unveils The Lofts, an aspirational new studio space on the seventh floor of the facility, which will transform the audio experience for agencies and brands, wherever they happen to be within the space.

The Lofts, which will be the home to two new studios, Three and Four, is the result of the latest collaboration between GC and long-term partner, renowned designer Derek Samuel. Unlike traditional studio designs, the spaces within The Lofts have been created in order to give maximum light and space, with a soft, airy colour scheme within. Both studios have access to panoramic roof terraces, with Studio 4‘s terrace completely private and exclusive to Studio 4.

Every aspect of the design has been chosen in order to provide maximum comfort, calm and the very best in audio experience. The technology within the studios has been envisioned as providing a relaxing, creative environment. Of particular note is the first ever installation of a revolutionary speaker technology, which eliminates the dreaded monitoring ‘sweet spot’ which previously meant you had to sit next to the engineer if you wanted to hear the mix the way it was meant to be. This new monitoring technology means that ‘all areas are sweet’ allowing you to hear a perfect mix wherever you sit, changing the creative dynamic of a post production session for the better by fostering a collaborative, all inclusive creative environment.

These new state of the art speakers have been specifically developed by Exigy and their technically creative concept has influenced the studios’ design throughout. The acoustic design was created by White Mark who have designed and consulted for some of the top studios, in the world such as the legendary Hit Factory in New York and Miami, Red Bull Studios Santa Monica and CineLab Moscow.

Carole Humphrey, Founder and MD, Grand Central, comments: “Ever since we moved to Great Marlborough Street 10 years ago from our original location in Marshall Street, we have been asked whence our studios Three and Four disappeared.

Studios Three and Four were both technical and design ground breakers in GCRS Marshall Street in 90s. We are delighted to bring those numbers back to the GCRS fold in Great Marlborough Street with such an ambitious style. 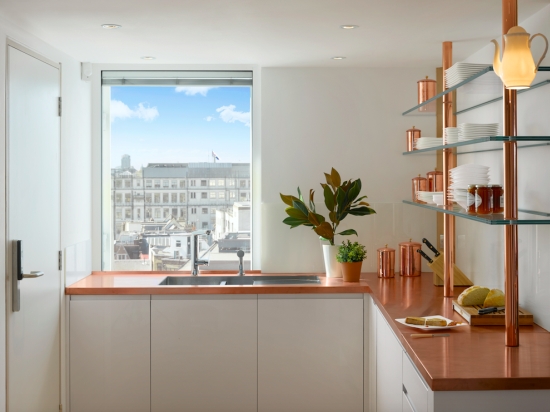 “When working with Derek on the design, foremost in our minds, throughout every stage of the process, was creating a space that would look and feel nothing like what we traditionally expect from a sound facility. The results are akin to entering a private members’ club or a boutique hotel.  We are delighted to be able to bring this aspirational design to Soho and look forward to sharing it with our clients.”

Both studios have AMS Neve DFC mixing consoles and Protools HDX systems. Bespoke furniture has been created for the space by Another Country and Arper and an art piece by Banksy, as well as a portrait of George Harrison, shot by Gered Mankowitz, hang on the walls.

The roof terraces have furniture by Patricia Urquiola for Kettal and accessories throughout have been created by Designers Guild, Alessi, Kartell, Villeroy & Boch and BTC with studio specialist designers AKA providing original design voiceover tables. 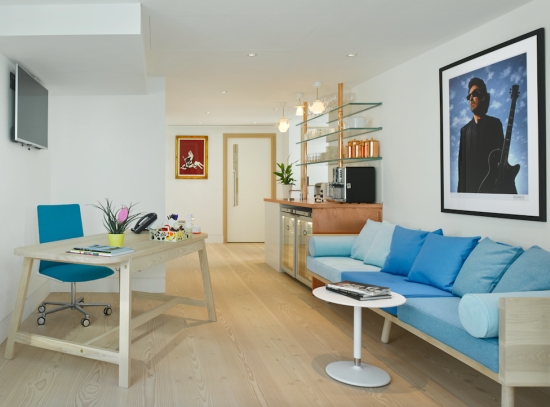 The new space is the latest development from GC, following the announcement that iconic Studio Five, the sound design location for many of the most critically-acclaimed commercials of the past decade, will this year be transformed to feature cutting edge Dolby® Atmos™ equipment, to offer an unparalleled audio experience to brands, agencies and film production companies.

From late 2015, Studio Five will become one of the first commercial sound studios in London to incorporate this cutting-edge audio format.  Already used to great effect in the film industry, GCRS is investing in this technology in order to provide clients with the best audio experience in the world.

In addition to taking these steps to reaffirm GC’s commitment to investing in Soho as the UK’s creative hub, this year also has seen GC celebrating 21 years at the forefront of audio creativity with the Summer of Sound series of events that is now rolling into the Autumn of Aural.  This includes in-studio talks, workshops and screenings, all designed to spark excitement and inspiration in sound.