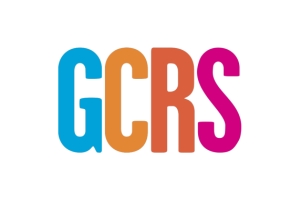 Grand Central Recording Studios (GCRS) today unveils an ambitious new studio design, for its iconic Studio Five, the sound design location for many of the most critically-acclaimed commercials of the past decade. The soon to be transformed Studio Five is the result of collaboration with some of the industry’s top sound experts and will feature cutting edge Dolby Atmos equipment, to offer an unparalleled audio experience to brands and agencies.

Over the past 10 years that GCRS has been based in its current location, Studio Five has gained a reputation for delivering audio excellence to some of the world’s best commercials, such as Nike: Write the Future, Axe: Soulmates, Jaguar: Rendezvous, Guinness: Bring It to Life and Heineken: The Entrance, as well as the theatrical trailers for Hollywood blockbusters including Oscar Best Picture Birdman, The Theory of Everything, The Bourne Legacy, Life of Pi, Les Miserables, Despicable Me and Tinker Tailor Soldier Spy.  In the past five years alone, Studio Five work has picked up a grand total of 16 major awards for sound.

From summer 2015, Studio Five will embark on an exciting new chapter in its history and will become one of the first commercial sound studios in London to incorporate Dolby Atmos, a cutting-edge audio format.  Already used to great effect in the film industry, GCRS is investing in this technology in order to provide clients with the best audio experience in the world.

In Dolby Atmos, every sound – be it that of helicopter blades, a blaring car horn or a yelling child - can exist as an independent audio object.  This innovative new format enables sounds to be placed and moved anywhere – with multiple individual speakers – meaning that sound ‘objects’ can be placed at pinpointed locations throughout the cinema.  They can now take place where they would naturally occur ‘visually’ in a scene, which allows filmmakers and sound designers increased freedom to focus on telling their story.  It also adapts to any playback environment, such as cinema, at home or on the go, so the audience feels that they are at the epicenter of the action as never before.

GCRS has long been an advocate of this technology, and the opportunities that it offers advertisers. In 2014, GCRS created the first commercial in Dolby Atmos, BMW: ‘Wolf’, with creative agency WCRS.

Studio Five was founded in 2005 in close collaboration with studio acoustic expert White Mark, who has designed and consulted for some of the world’s top studios, such as the legendary Hit Factory studios in Miami, and Air Recording Studios and Abbey Road in London.

White Mark has been brought in for the 2015 remodel, along with Exigy Monitor Systems, who has designed custom speaker installations for the likes of Peter Gabriel at Real World, Red Bull, Santa Monica and Germano Studios, New York.

Studio Five’s Dolby Atmos installation features 38 full range monitor speakers and 12 sub bass speakers in order to use the technology to its maximum potential. Carole Humphrey, Founder and Managing Director, GCRS, comments: “At GCRS, we have built a strong reputation, over the past 21 years, of continuously being ahead of the game when it comes to investing in the best technology for our clients’ needs. Everyone within the business is hugely passionate about sound, and, with Dolby Atmos and a brand new face for our iconic Studio Five, we are renewing this commitment to audio excellence.”

The new Studio Five launch comes at the start of GCRS’s 21st anniversary year.  A series of high profile developments is planned to take place at GCRS later in 2015, in celebration of the business’s place at the heart of Soho creativity for the past two decades.