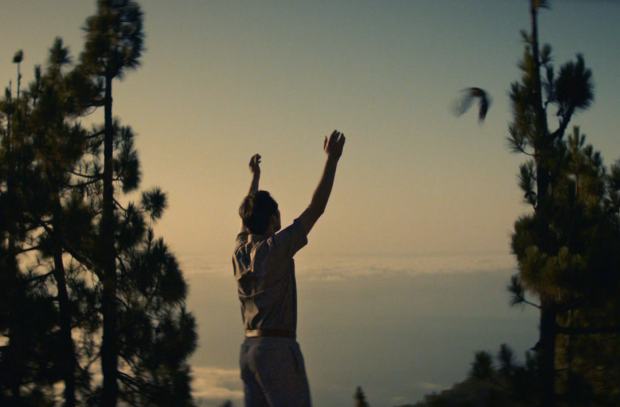 Gramercy Park Studios has reunited with Volvo to provide VFX and sound design for the brand’s striking new film ‘The Birdman’. Creatively devised by Grey London, the film is part of Volvo’s Sky Atlantic sponsorship, telling the stories of ‘Defiant Pioneers’ who relentlessly pursue innovation to help change the world. The latest instalment of the series explores the life of Professor Carl Jones MBE, a conservation biologist who has helped to save five bird species from extinction, as well as several other animals and plants.

Best known for his work conserving the Mauritius Kestrel, Carl grew up inspired by the natural world and filled with a desire to help protect at-risk species. Spanning from the Welsh coast to the island paradise of Mauritius, the film both tells the story of Carl’s dedication to species conservation and confronts the damage humans have inflicted on the planet.

Climate change is robbing the world of biodiversity. Yet, despite seeing first-hand the ways in which humans have damaged the earth, Carl still has tremendous hope for the future. Only one species caused the destruction of the natural world, and only one will be able to fix it.

Mark Beardall, VFX supervisor at Gramercy Park Studios, notes: “We’ve really enjoyed working on Volvo’s Defiant Pioneer series over a number of years. The longer form of storytelling, combined with the beautiful direction, cinematography, and particularly pertinent subject manner has resulted in a series that the whole team can be incredibly proud of. This latest campaign not only captures the imagination but has a sense of hope and positivity that has been missing of late. It’s nice to be part of that.”

This is not the first time Gramercy Park Studios has worked with Volvo for its ‘Defiant Pioneers’ series, previously providing VFX and sound design for ‘Nemo’s Garden’ and ‘Music of the Mind’ in 2017.

‘The Birdman’ is part of a wider campaign from Volvo that will run across TV, VOD, and social in the UK. It is part of a partnership between Volvo Car UK and the Durrell Wildlife Conservation Trust, supporting projects that work to rebuild the natural world.
view more - Creative