Ben Rogers collaborates with BSkyB to deliver a striking film 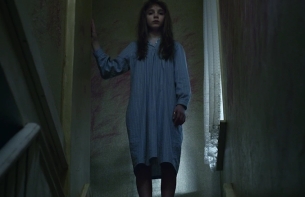 A striking grade has been provided by Gramercy Park Studios on the teasers for Sky Living’s brand new original drama commission “The Enfield Haunting”, a three part dramatisation of the terrifying and bizarre real events that took place at an ordinary house in Enfield during the autumn of 1977.

Directed by Kristoffer Nyholm (The Killing) and produced by BSkyB, The Enfield Haunting premiered last week on Sky Living, with the teasers graded by Gramercy Park Studios’ Ben Rogers.

“The brief on this project was to take advantage of the mood and lighting so that it would complement the action,” says Ben. “I used a number of different LUTs, some of which I’ve built myself together with others that I have modified.”

He adds “One of the most challenging aspects of the job was that, as the shots were ‘one shot wonders’, a complex amount of dynamical grading was needed. In the end, I love the silvery late night look that we created, it’s very chilling!”

Adapted from Guy Lyon Playfair’s book “This House is Haunted”, “The Enfield Haunting” is a supernatural drama based upon real events surrounding the phenomena, and draws on extensive documentation, recordings and witness statements. The incident remains to this day the most documented account of poltergeist activity in British history.