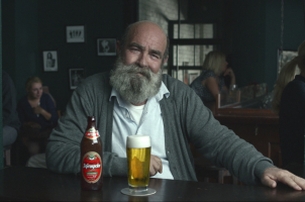 Constructed around the tagline ‘This Is Me’, the campaign is a light-hearted, humorous recollection of tales in which the Hungarian beer becomes synonymous with pivotal moments in a man’s life.

Gramercy Park Studio’s Ben Rogers, who has enhanced the nostalgic element of the campaign with a warm, hazy grade, comments: “We incorporated a natural, contemporary yet retro grade for Heineken, as to enhance and do justice to what are really beautifully shot commercials.”

As well as enhancing the films visually, Gramercy Park Studios provided the Sound Design through Head of Audio and Sound Designer Toby Griffin.

Discussing the project, Toby says: “The spots were supplied to us as mute films, so they each needed the full treatment from an audio perspective. Sam Cross worked alongside me to create all the foley work and there was an impeccable attention to detail. We designed the sound for the clothing movements, bar scenes and beard stroking, and even the wrist chain during the arm wrestle gets a look in!” 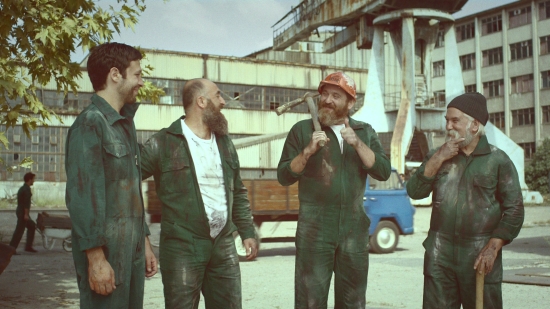 Each story features an item that is important to the narrator, using them as masculine props in their journeys across topics such as love, birth and marriage.

‘It may not keep the right time, but it’s always been my time’ reveals the narrator of Watch, as he explains how his timepiece has been there through the good times and the bad, whilst the narrator of Beard explains how it was the first thing to make him feel like a man, sticking with him through thick and thin.

Flame Lead Esther Berglund comments: “One of the most challenging aspects was the shrinking beard in ‘Beard’. It was always planned to shrink it by a small amount but it still had to have visibly shrunk, and I think the result is just right. We also added in the fireworks for the reflection in the watch and create the night sky with fireworks that had to look like the early 80s in the ‘Watch’. We created this explosive shot using various elements from our bank of in-house resources.  We also made the watch look aged in all the present shots so as to make it more noticeable that it had been worn for many years.”

Toby comments: “Showcasing Heineken’s European beer across the spots is a project that’s been great to work on, especially alongside the creative team of Andy, Ryan and Victoria.”