Graham Fink Says 'I Wish I'd Done That' with D&AD 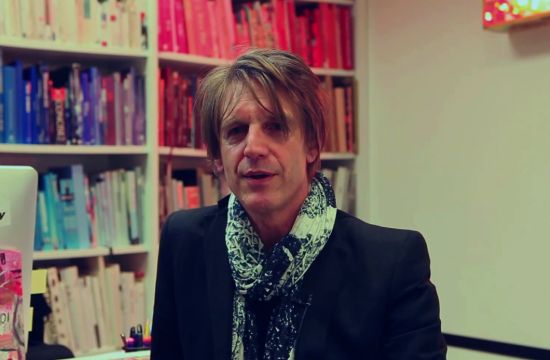 With the clock ticking down towards the entry deadline, D&AD has saved one of the best until last in its ‘I Wish I’d Done That’ series: Chief Creative Officer of Ogilvy & Mather China, Graham Fink.

Fresh off his debut exhibition, NOMADS, earlier this month, Fink has chosen the world’s smallest stop-motion film as the piece of work that’s turned him green with creative envy. Created by IBM and verified by the Guinness Book of World Records, researchers used a unique, Nobel prize-winning microscope to capture, position and shape individual atoms in order to produce 242 frames and one remarkable film.

‘There’s not many pieces of creative work that actually make history,’ said Fink. ‘It’s beyond advertising and I think it’s just a piece of revolutionary thinking. I really wish I’d done that. If I’d done that I’d retire!’

Once again, Factory Fifteen’s captivating animations frame the series, providing a glimpse within the rich history of D&AD and the Yellow Pencil. Closer inspection reveals some of the most awarded work in recent years, including Heatherwick Studio’s Olympic Cauldron, McCann Erickson’s Dumb Ways to Die and Channel 4’s Meet the Superhumans.

The films were developed by Wieden+Kennedy London to support the call for entries for the D&AD 2014 Professional Awards. The deadline for entries has been extended to Wednesday 5 February, but D&AD will not be able to accept any late entries beyond this date.

Previously in the ‘I Wish I’d Done That’ series, ad legend Dan Wieden discussed the Climate Name Change Campaign by 350Action, digital guru Iain Tait explained the genius behind the Philips Hue Lightbulb, and designer Jessica Walsh talked about her love of the Whitney branding by Experimental Jetset. Most recently, Rankin sat down with D&AD to champion the work of Matthew Frost and his wry parody ‘Fashion Film’ and Naked CCO and Partner Fernanda Romano discussed Director Casey Neistat’s inventive use of a film budget to promote The Secret Life of Walter Mitty.

Special Thanks to Wave.