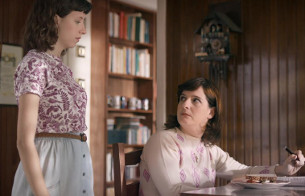 FCB presents a new Fargo campaign developed under the concept "Everything Can Fit In A Slice Of Bread", that continues building the brand’s new positioning, initiated in its previous campaign in April this year.

“We are very happy with this second stage of the campaign. Keeping on the path that began early this year, now we explore the connection of these women with their teen children”, comment Calio, Executive Creative Director of FCB Buenos Aires.

Ariel Coss , Marketing Director for Grupo Bimbo Argentina adds: “Fargo is a historic brand, very important to us. Earlier this year we had great results, both at business and branding level. That’s the best reason to remain going for to this new tone and style of communication. We trust it will continue increasing the bond with our consumers”.

You can view the three new ads below: