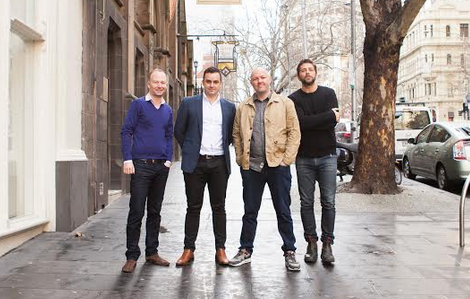 GPY&R Melbourne has promoted Jake Barrow to the position of creative director. Barrow has been with the agency for four years and has lead multi award winning projects for Schweppes, Public Transport Victoria and the Australian Defence Force.

Barrow won four Lions last month at the Cannes Lions Awards, adding to the four Gold Lions he won for the Mobile Medic campaign in 2013. He has also been awarded at D&AD for the last three years in a row and in 2013 was amongst the top ten art directors in the world in the Gunn Report. Recent growth in the agency has facilitated the introduction of his Creative Director role.

Ben Coulson, chief creative officer says: “One look at Jake’s folio will tell you he is world class. He knows what’s good and what isn’t, makes top shelf work and delivers large bags of awards. He’d make a great Creative Director in any of the top agencies. I’m very proud he’s taking the gig with us.”

Julian Bell, managing partner at GPY&R Melbourne, says: “With the agency growing steadily, it’s the right time to expand the creative leadership. Jake is hugely respected within the agency and amongst our clients. We very warmly welcome him to the management team.”