The Sustainability Channel 240 Add to collection

Brewing up a partnership with Earth Hour to galvanise support from one of Australia’s largest, untapped demographics - beer drinkers 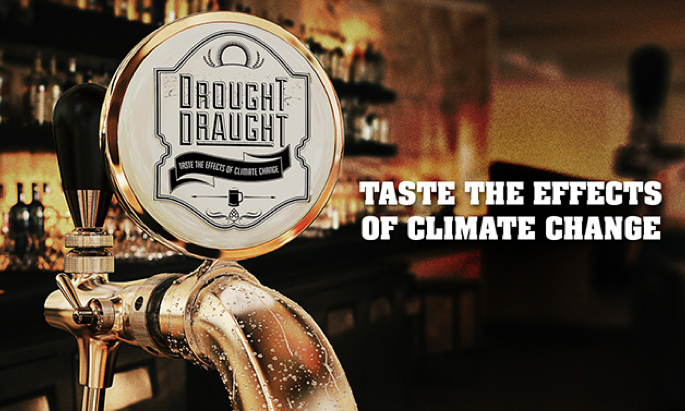 There’s a lot of talk around Climate Change and whilst awareness is increasing, Australians still only rank it as fifth on their list of overall concerns (according to recent polls). So GPY&R Brisbane teamed up with Earth Hour to get support from beer drinkers.

To bring this home, GPY&R Brisbane worked with leading craft brewers Willie The Boatman and Young Henrys to create Drought Draught - a poor quality beer made with drought-affected ingredients. That way Australian pub goers can literally ‘taste the effects of Climate Change’.

“Aussies love their beer. So what better way to incite action than by showing it will affect something they hold dear?” says GPY&R Brisbane creative director, Brendan Greaney.

Says Reece Proudfoot, Earth Hour community engagement manager, “This year’s Earth Hour was all about how climate change will affect farming and food production, Drought Draught was a great way to draw attention to this.”

Drought Draught was launched at a special ‘Save The Ales’ event in Sydney as part of this year’s Earth Hour activities. It is planned to roll it out across the country in a series of taste-testing events leading up to the UN Paris Climate Conference in November.

Says Brendan Greaney, “Our aim is to turn beer drinkers into a political force to send a message to those who can make change happen.”

VMLY&R Gets Mint*d with Unveiling of New Concept Store