‘got milk?’ Behind the Music of an Iconic Campaign Revamped 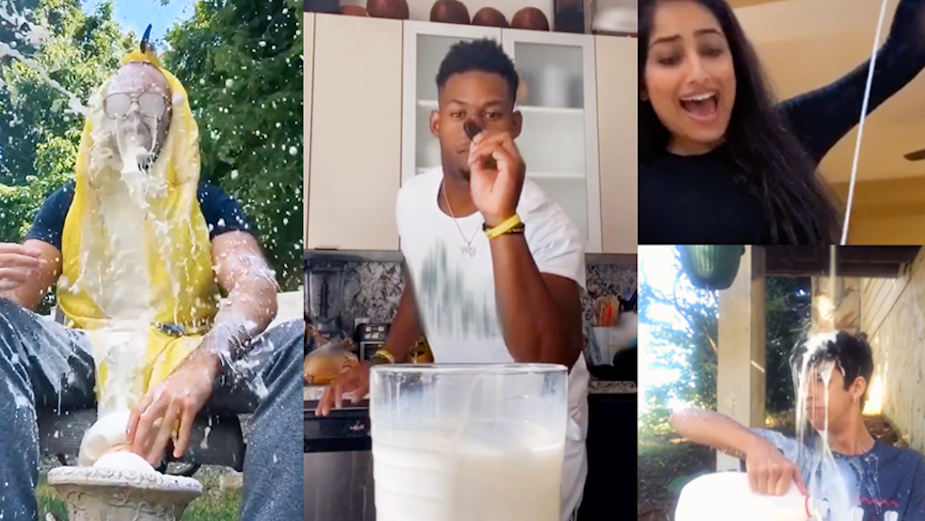 US milk organisation MilkPep recently revamped its iconic 'got milk?' tagline for a new generation. Created by Weber Shandwick, the campaign is rooted in social media and influencer content.The new TV, digital and social content features un-prompted user-generated content from across the web showing cool, unique and unexpected ways America enjoys milk, designed to bring to life how milk has the unique combination of taste kids love and the right fuel growing kids need.

Tasked with creating the catchy hip hop track for the spots was SHINDIG. The company's work was also used in the #GotMilkChallenge, which asked TikTokkers to 'show us what you got', helping to inspire thousands of Gen Z-ers to partake in the challenge. Since Olympian Katie Ledecky kicked things off and swam a lap with a glass of chocolate milk on her head, the hashtag has garnered over 3.6 billion views on TikTok alone.

To find out more about the musical process behind the campaign, we caught up with SHINDIG founder Scott Glenn, who personally oversaw the creation of each musical element.

Q> How were you connected with Weber Shandwick and MilkPEP originally?

Scott> We have worked with Jeff Barry, the awesome freelance creative director on the project, in the past, and he has a lot of faith in SHINDIG so he brought us in early to discuss the music execution. Once we had an initial call with the larger team, they were confident we were the right music company with which to partner.

Q> Music is such a driving force in this campaign, how did you collaborate with Weber Shandwick on the creative elements?

Scott> The process is probably the best part of the backstory because there was a tremendous amount of trust and collaboration. The agency initially approached us with scripts for the rapping, and while they incorporated some great ideas, the cadences and rhyme patterns didn’t lend particularly well to sounding authentically hip hop. So we took those ideas and ran with them, ultimately coming up with our own lyrical approach. The agency was very supportive and loved what we did. The cool thing was that as we moved forward with new versions of scripts, the agency team actually learned from what we sent and began writing lyrics that felt much more natural to Wakil’s rap style.

We also collectively found that some of the less ‘see-and-say’ lyrics, i.e. the ones that were more abstract and metaphorical, worked better at times than the ones that literally described the actions within the user-generated videos. There was particular love for lyrics like “have yourself a milky day”, because it felt cool and naturally artistic in an impressionistic way.  Beyond that, it had the added practical benefit of allowing the agency to place a number of milk-oriented clips against it, rather than one specific visual. This provided the agency with additional creative flexibility to find more user-generated clips they really liked and allowed them to more easily swap clips out if there was an issue with rights procurement, etc.

We also had a lot of fun adapting the music for the :15 spots that each reflect a unique creative spin on the campaign. For the ‘Sport’, we added some horns and gave it an athletic vibe. For the ‘Gaming’, we rearranged everything with a retro 8-bit aesthetic, reflective of the heritage of classic video game culture. And for the Hispanic spot we brought in an amazing Latin music consultant to help with lyric writing and to consult with Wakil on proper pronunciation. When all is said and done, we used a lot of internal and external resources to bring the campaign to life. Needless to say, this was all a lot of fun!

Q> Roughly how many versions of the song were written before the final hero version was locked in?

Scott> It varied from spot to spot. For the ‘What You Got’ broadcast :30 music we created first, there actually weren’t that many versions - maybe five. On the opposite side of the spectrum, the Hispanic spot had the most versions as there was language translation to consider with additional parties weighing in; and because there was more give and take trying to embrace as many ideas from the overall campaign into that single spot. Ultimately, there were a whopping 68 versions! There’s oftentimes a misconception with commercials similar to ‘overnight’ stars.  People tend to see a minute or less commercial and think it’s a short amount of video and sound, but most of the time, a lot of hard work goes into it.

Q> How did you come across Chief Wakil? Did you know immediately that he would be the voice for the campaign?

Scott> We met Wakil a couple years ago when we created a basketball-themed hip hop hype track as part of a pro bono project for the Long Beach Poly High School basketball team. An agency freelance producer approached us with the idea, as his son is on the team. Many of the other team players have underprivileged backgrounds, so the idea was threefold: 1) the players have their own authentic hip hop track to get them pumped before games; 2) they would get to go to a historical Los Angeles recording studio and perform some group background vocals, which would be a cool experience for them and allow them to make a real contribution in the music, that would further get them excited when the song was played; and, 3) if applicable, a portion of revenue generated from the track would go back to help fund the team. We were looking for a great hip hop vocalist and Susan Dolan, our music supervisor, came into contact with him. We loved his vocals and asked him to perform on the track, to which he agreed. We have developed a great relationship over the years and partnered on several projects, including an epic multi-tiered campaign for Snapchat aimed at turning out the youth vote. It is just beginning to roll out and a new spot featured president Obama encouraging young people to register to vote through the Snapchat app and then to actually get out and vote. A full length anthem we created that was the genesis of the campaign will also be released soon.

Q> Did you know when you signed on that the social media element would be such an integral part of the work? Did you expect it to get as huge as it has?

Scott> We knew the Katie Ledecky TikTok challenge :15 music was the first deliverable, though on our end we created the ‘What You Got’ :30 broadcast spot music first because it was a better starting point for representing the entire overarching campaign. We assumed it would be a big part of the campaign and expected it to do well. That said, no one predicted it turning out four billion views in two weeks!

Q> How did this project differ from other ad projects you’ve completed this year?

Scott> This was a completely unique situation with hip hop lyrics and music needing to be adjusted on a nearly daily basis. In fact, it’s the only project I can recall that required a regular daily call between the Weber Shandwick team, ThatLot (who edited the UG clips together and executed the animation) and SHINDIG. Things were moving so fast and with SHINDIG in LA and ThatLot in London, the visual team was often working while the audio team was sleeping, and vise-versa.

Q> What were the challenging aspects of creating music and lyrics for such an iconic brand, if any?

Scott> Some additional challenges were accommodating some of the key message points that MilkPep wanted to convey, but filtered through the lyrical lens of hip hop, as well as writing new lyrics when specific UG clips would fall out of contention for one reason or another. We also learned some parameters regarding what we could and could not say with regards to Milk based on what the FDA would approve or not and what MilkPep felt was appropriate.

Q> What was the most fun part of working on this project?

Scott> Watching the Katie Ledecky TikTok challenge climb to four billion views in two weeks was crazy exciting. Seeing the picture come together with the lyrics was great, too - there were so many fun surprises there. Also, finding ways to reinterpret the music for the additional :15 spots that each put a new cultural spin on things. I grew up playing classic video games like Nintendo and Sega, so the ‘Gaming’ spot was particularly fun  And, since I have lived my entire life in the Los Angeles area, where there is a lot of rich Hispanic culture, it was also great to tap into Latin hip hop music in an authentic way for the Hispanic spot. 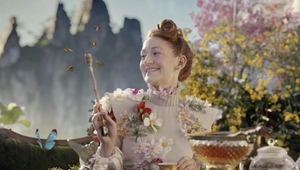 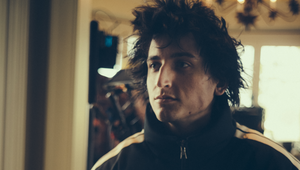 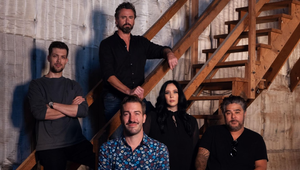 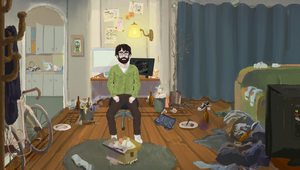