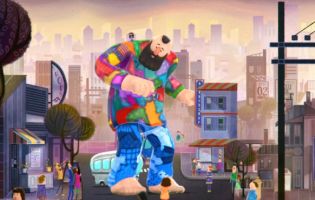 Lew’Lara\TBWA has launched a new campaign to raise awareness of a Winter Clothing Drive in Brazil, a charity effort to keep the homeless warm during the cold months.

The centrepiece of the campaign is a short animation for theatres and the internet, which tells the story of Malu Moletom, a girl who lives in a city where everyone wears all the clothes they have, all at the same time. Nobody realizes that having so many clothes is excessive. On top of that, every night, when the sun goes down, mysterious earthquakes threaten the town. The film finishes with a heart-warming finale, and a powerful message that's sure to resonate with viewers.