Google Zeitgeist 2015: The Next Giant Leap

The Influencers 648 Add to collection

Publicis Brasil CEO, Hugo Rodrigues on why the future is warm and human not cold and sterile 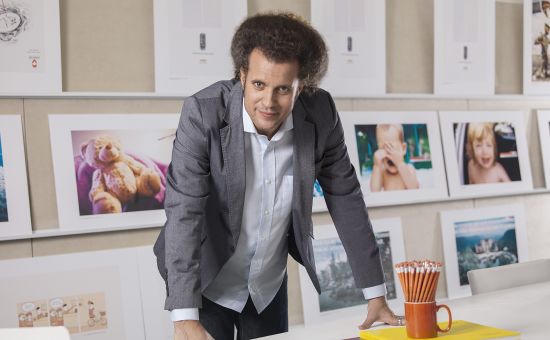 A white carpet which refers to something pure.

Shaggy which brings a sense of comfort.

With new scent, which features something aseptic.

So this is my first step in the Zeitgeist 2015 auditorium.

Added to this there are the moderately elongated white walls.

It's about to start.

"We need people who dream of polishing stars."

It might have ended there. The phrase that summarizes what the world expects from us. But it was only the beginning.

In two days, a group of thinkers and leaders from areas as diverse as music and atomic energy shared stories and cast questions about where we are and where we go, at the 10th edition of the event sponsored by the company that changed the way we see the world: Google.

The "Today's creators and visionaries of tomorrow" gathered at Zeitgeist had one mission - to point the way to the next giant leap of mankind.

The amazing thing is that during the meeting, the shining stars were not the new ways to use the Internet or technological devices. But words as old as ‘solidarity’ and ‘cooperation’, which mingled naturally with innovation and technology, revealing that the robotic and cold tomorrow predicted in science fiction movies was nothing but a delusion.

These are the human values, overcoming capacity, the need to learn and look to the person beside you, the main assets of any professional, company or institution - and your guarantee of a place in the future.

To act on behalf of those principles is necessary. And it must be now. "History is not written by those who sit clapping, but for those who jump in the ring no matter whether they will lose or win,” said Kailash Satyarthi, Nobel Peace Winner in 2014.

And examples of those who played with everything in the ring were not lacking during the Zeitgeist. Lawyer Bryan Stevenson, founder of the Equal Justice Initiative, for example, embraced the cause of defending the poor from social injustice and revealed how to believe that we can change the world has everything to do with innovation. "In technology, you only do well when you believe in things you've never seen. That hope is what makes you stand when others told you to sit". And Bryan went further: "It's not possible to innovate without putting yourself in uncomfortable situations, we have to take risks," he stressed.

Risks can mean literally jumping from the stratosphere, breaking the sound barrier and the world record in free fall, as Alan Eustace did, former VP of Google. The feat shows us that we can always overcome ourselves and refers to a phrase from another speaker at the event, the music producer, Kanye West: "Dreams are more important than money."

Among many professional and life lessons, from absolutely fascinating and inspiring people, I close this text with the messages of focus, perseverance and humility left by Butch Harmon, the golf instructor who trained many people, like the legend Tiger Woods:

- "Among the world's best players, the big difference is in the head, it is basically a matter of trust."

- "What you learn after you think you know everything is probably the most important lesson in life."

Do we need more?